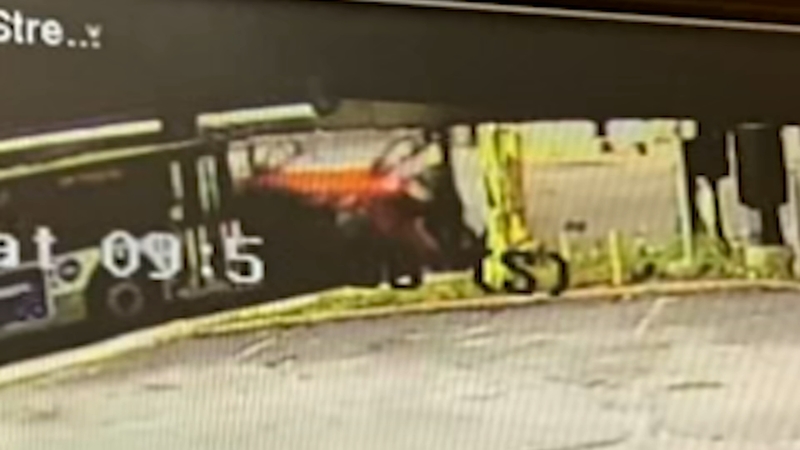 A nearby security camera captured the crash which happened just before 10 a.m.

The impact of the crash caused one car to overturn, and the other to careen into oncoming traffic near 79th and Damen Avenue.

First responders on the scene said the driver of a red Hyundai ran a red light while traveling eastbound on 79th Street. The Hyundai then slammed into a blue Dodge that had the right of way, as it headed northbound on Damen. That's when the Dodge slammed into a CTA maintenance bus that was stopped at the light.

The Chicago Department, tweeted a photo of the crash.

Among the injured was a little girl who was riding in one of the cars.

She was transported to the University of Chicago Comer Children's Hospital in fair condition.

The others, all adults, were taken to the hospital with conditions ranging from good to critical.

"I am extra careful because you got cars that might run the light and then you just might have cars driving fast," said Johnson.

Five other people refused treatment at the scene, according to the fire department.