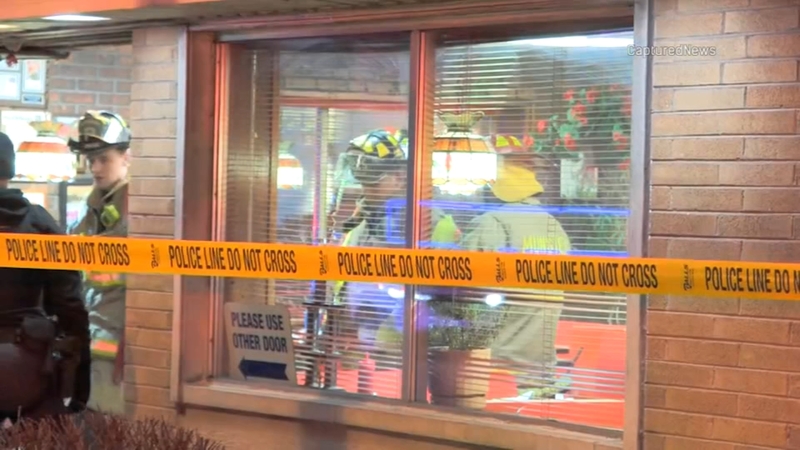 Police said at about 6 p.m. officers approached a silver Ford SUV stopped in the 8200-block of Calumet Avenue. The driver was initially not alert, police said, but when officers tried to get his attention he came around and accelerated at a high rate of speed.

As a result the SUV crashed into the Miss Print printing shop at 8244 Calumet Avenue, damaging the front of the building. The SUV continued across the road, crashing through the side of Munster Gyros and coming to a stop inside the building. The restaurant suffered major damage.

The shop owner told ABC 7 that the people inside his restaurant were his main concern.

"I was more concerned about the people... the restaurant can be rebuilt," he said while gesturing to the gaping hole in the side of Munster Gyros.

Three people inside the restaurant were injured, though none seriously, and taken to the hospital, police said. The driver was also transported to the hospital.

Police said the cause of the crash is currently under investigation.
Report a correction or typo
Related topics:
munstercar into building
Copyright © 2021 WLS-TV. All Rights Reserved.
More Videos
From CNN Newsource affiliates
TOP STORIES