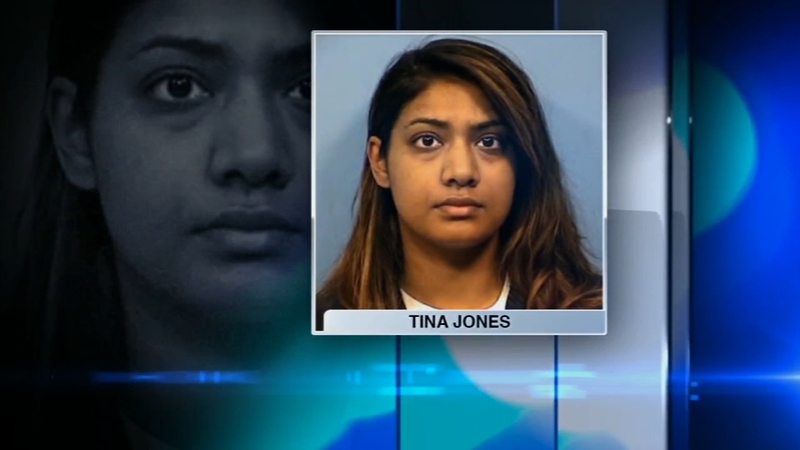 DES PLAINES, Ill. (WLS) -- A Des Plaines woman was charged after allegedly contracting a "dark-web" company to murder the wife of a man with whom she had an affair, according to the DuPage County State's Attorney's Office.

Tina Jones, 31, was charged with one felony count of solicitation of murder. Judge George Bakalis ordered her held in lieu of $250,000 bond on Wednesday.

On April 12, the Woodridge Police Department received a tip that a woman in Woodridge was the subject of an alleged murder-for-hire plot. In January, Jones paid a dark-web company more than $10,000 via bitcoin to have the woman murdered, according to investigators.

Jones, investigators said, had been jilted by a married coworker-turned-lover. They worked together at Loyola Medical Center.

"She went on this website which apparently bills itself as a murder-for-hire type website, and she paid the money assuming that this was going to happen, and had paid over $10,000 to have this woman killed," Berlin said.

"This woman not only paid over $10,000, but she left specific instructions on the website as to when the woman's husband would be at work, so they would know when this woman would be alone," Berlin said. "She left instructions not to hurt the husband and also to make it look like it was an accident."

Jones turned herself in to authorities on Tuesday. If convicted, she faces a minimum sentence of 20 years in prison.

Jones is scheduled for arraignment on May 15.