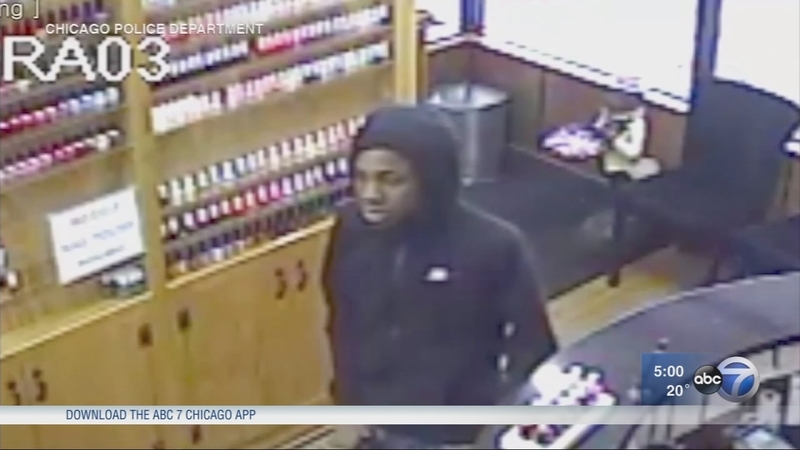 CHICAGO (WLS) -- Police are asking for the public's help in finding two armed robbers who targeted nail salons in the Roscoe Village and Sauganash neighborhoods.

In two recent incidents, the suspects pointed a handgun at victims and then stole cash and smartphones, according to an alert from the Chicago Police Department. Police released images of the offenders captured on surveillance cameras.

During the 2 X 10 Nail Salon incident, there were six employees and four customers in the store.

"I saw them right away so I laid down under the table with a customer. I couldn't open my eyes," said manager Erica Namsrai.

At one point, one suspect pointed a gun at a customer.

"They took our cellphones and cash, they went through purses," said Namsrai, who was brought to tears by the incident.

The nail salon plans to keep its door locked, and will eventually buzz people in.

"There's a lot of salons in the city. Just be careful and lock the door," said Namsrai.

The suspects are described as two black males, thought to be between 16 and 18 years old, standing between 5-foot-4 and 5-foot-8, weighing between 130 and 160 pounds, wearing dark hooded jackets, blue jeans or pants that may have the number 85 printed on the hip, and gym shoes, police said.

Anyone with information on the robberies is asked to contact Area North detectives at (312) 744-8263.