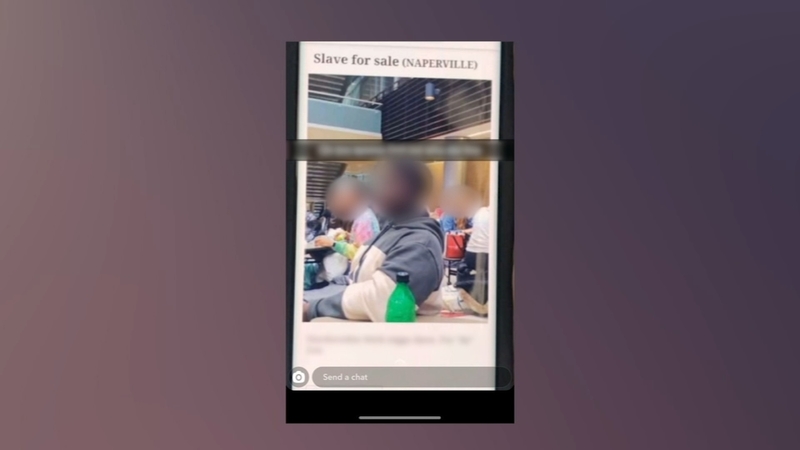 The DuPage County State's Attorney's Office and Naperville police said Wednesday that a Naperville Central High School student has been charged with two counts of hate crime and one count of disorderly conduct after allegedly offering an African American student at his high school up for sale on a Craigslist ad last week.

The student allegedly posted the ad with a photograph of the victim and a caption that said "Slave for sale (Naperville)" and included a racial slur, the state's attorney's office said. The student charged and the victim were teammates on the school's wrestling team.

The student was arrested following an investigation by Naperville police.

The incident comes as the city faces successive racist incidents, including the lack of accommodation for a party of mixed race customers at a local Buffalo Wild Wings restaurant earlier this month.

"The narrative surrounding Naperville recently is NOT reflective of who we are as a community," Mayor Steve Chirico said in a statement posted on Facebook. "As Mayor, I want us to be known and applauded for being the caring, inclusive, and welcoming community I see firsthand every day, not as a place where hate lives. Naperville needs to showcase our leadership in speaking out against racism and make it known that our legacy is one of diversity, inclusion and civility - not hate."

"The allegations against the juvenile in this case are beyond disturbing," DuPage County State's Attorney Robert Berlin said. "Hate crimes have no place in our society and will not be tolerated in DuPage County. Anyone, regardless of age, accused of such disgraceful actions will be charged accordingly."

According to the school district, the student is serving an in-school suspension.

His attorney said the high school's principal is "getting the two friends together" and coordinating an apology.