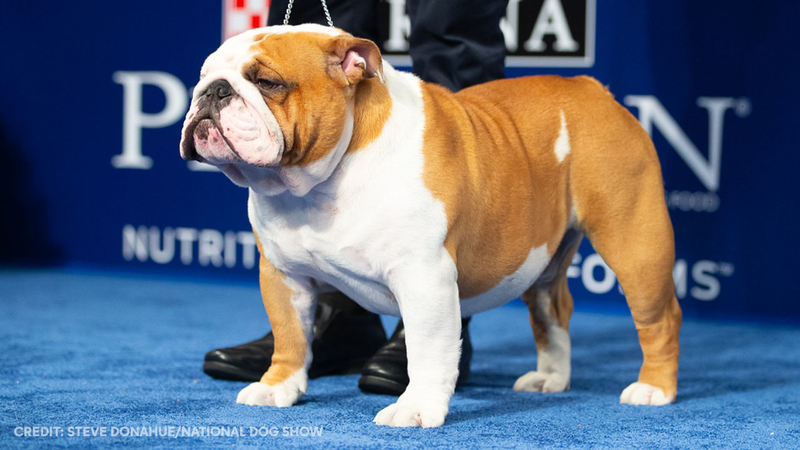 VALLEY FORGE, Pennsylvania -- A Bulldog named "Thor" won the Best In Show title at the National Dog Show in Philadelphia on Thanksgiving Day.

Thor, a two-year-old male, weighed in at 60 lbs. and was described as a muscular canine.

He defeated six other ranked canines at the traditional, all-breed dog show.

"Thor is an active and sweet dog and very athletic," said his handler Eduardo Paris. "You should see how high he can jump. He loves to play with his kennel-mate Chihuahuas, and he has beautiful construction. I think that's why he won."

Thanks to Thor's triumph, he has become one of the favorites to win the Westminster Kennel Club Dog Show title at Madison Square Garden in New York City early next year.