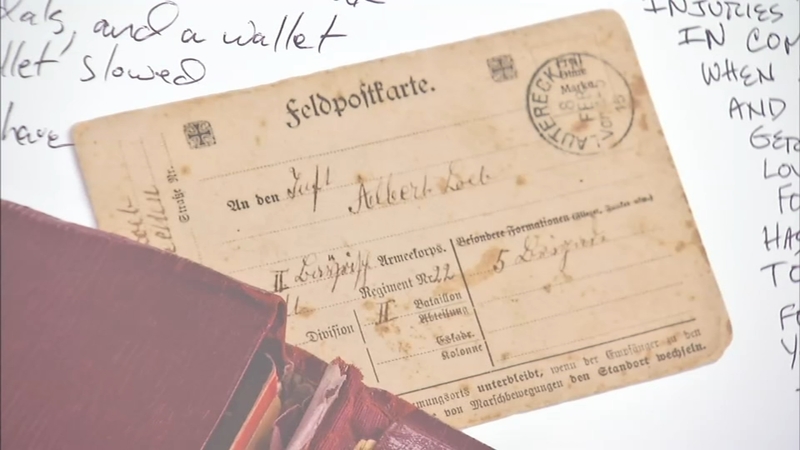 CHICAGO (WLS) -- Immaculee Songa survived the Rwandan genocide 28 years ago. Many of her family members did not, including her husband and two young daughters.

"There is purpose in surviving. We have an obligation to tell the story and let the world know about the 1994 genocide against the Tutsis," she said

Songa is featured in the "Stories of Survival" exhibit at Navy Pier in collaboration with the Illinois Holocaust Museum & Education Center. The exhibition showcases what people took with them when they left their countries because of persecution.

In Songa's display, she has photos of the clothing her daughters were wearing when they were killed.

"For me it is heartbreaking when I see them," she said

Ralph Rehbock and his family fled Germany.
"My father bought this train set so that we would have a toy, all the other things were packed up to be shipped in a container," he said.

While fighting in World War I, Eleanor Merar said a piece of shrapnel went through his wallet. Two decades later she and her family were forced to leave Germany like so many Jewish people. She chose to display a photo of her father's wallet.

"Here is a man in Germany who fought for Germany, 25 years later was told we don't want you anymore," she said.
In these stories of the past, many see parallels to the present, including the Russian war in Ukraine.

"I think the world is in such a sad shape," said Sharrel Titlebaum, daughter of Holocaust survivors.

"We said so many times no more, never again. But these words are meaningless because it's repeating," said Bosnian genocide survivor Mirsad Causevic.