Bishop Blase Cupich of Spokane will be the next Chicago archbishop: AP

Bishop Blase Cupich of Spokane, Washington, is expected to be announced as the next archbishop of Chicago on Saturday morning.

CHICAGO (WLS) -- The Associated Press is reporting that Bishop Blase Cupich of Spokane, Washington, will be the next archbishop of Chicago.

The Chicago Archdiocese has not released details, but has scheduled a rare weekend announcement for Saturday morning. The search for Cardinal George's successor began earlier this year and was expected to take through the fall.

ABC7 will carry the announcement LIVE Saturday at 9:30 a.m.

Cupich, 65, has been bishop of Spokane for the past four years. Born in Omaha, he speaks Spanish and was given the nickname "white thunder" by Native Americans when he served in South Dakota. At one point, he led the U.S. bishops' committee handling the sexual abuse crisis.

"Those who know don't talk, and those who talk don't know," Cupich said in June, when he was asked about Cardinal George's successor. "I wouldn't bet the farm on any given name."

When Bishop Cupich quoted that Roman adage three months ago, little did he know that his name would be what some might call a "long-shot winner."

ABC7's Alan Krashesky spoke personally with Bishop Cupich in June at the U.S. Bishops' Conference in New Orleans about the very possibility that he would be chosen for the job.

"There are always expectations about what a particular diocese needs, and in fact I know that the nuncio does look at the needs of the diocese very carefully. It's not just a matter of identifying the person. Years ago the nuncio said, first of all you have to define the niche, then you have to find what saint goes in the niche," said Bishop Cupich, in June.

This choice was made by Pope Francis himself, and in the same way that Francis has put a new face on the Catholic Church internationally, the new Chicago archbishop will decide the issues he will focus upon as most important to Catholics here. It's a leadership post with impact down to the pews and the desks in parochial schools.

"This is someone who now immediately is shot into the stratosphere, and becomes a major national and international voice of the church and if 100 years of tradition hold up, will now become a cardinal in short order," said Rocco Palmo, who writes the Vatican insiders' blog "Whispers in the Loggia."

The search for a new archbishop officially began last May, two months after Francis Cardinal George announced his cancer was showing signs of new activity after it had been in remission for more than a year.

It was in 2006 that the cardinal was first diagnosed with bladder cancer. The disease returned in 2012 to his kidney and liver. His third bout of cancer last spring was also in his kidney.

"I think the nuncio was very aware that the Cardinal was laboring under great hardship to continue carrying the responsibility of the archdiocese. And so, I'm sure they did the best they could to expedite the process," said Prof. Graziano Marcheschi, St. Xavier University.

In April, Cardinal George resumed chemotherapy. His treatment forced him to cancel a trip to Rome for the canonization of Pope John XXIII and Pope John Paul II, who appointed him cardinal.

Last month, it was announced the cardinal would participate in a new clinical research trial at the University of Chicago.

Despite his illness, the cardinal submitted to the Vatican his preferences for a successor. The choice by Pope Francis is his first major U.S. appointment.

"I think he wants someone who understands the people, who's willing to be with the people, and who's not a careerist," said Marcheschi.

Until he's installed, the successor holds the title Archbishop Elect and George will remain cardinal, though without administrative power. It will be a first for the Chicago Archdiocese: a new leader appointed while the former is still alive. All prior to George died while still serving.

"The church and the culture are not on the same page on a lot of issues, and I think the Archbishop of Chicago will be a strong leading voice in that dialogue," said Marcheschi.

The new archbishop will be installed during a mass at Holy Name Cathedral, though the date yet to be announced. Another important ceremony will come in June at the Vatican, where the Pope will grant the new Archbishop his pallium, which is the scarf symbolizing his pastoral authority.

At the Catholic Charities "Harvest of Hope" Gala honoring committed church volunteers Friday night, the tables buzzed with word that a new archbishop may soon be named in Chicago.

The head of Catholic Charities Chicago was surprised at the swiftness of an impending announcement, and expressed sadness at the prospect of saying goodbye Cardinal George.

Monsignor Boland says Chicago is an especially unified and integrated archdiocese, and Bishop Cupich, should he be named, has an enormous challenge ahead of him.

As the wine flowed and the speculation about a new archbishop commanded conversation, there was no shortage of astonishment that a new era for Chicago Catholics is perhaps just hours away. 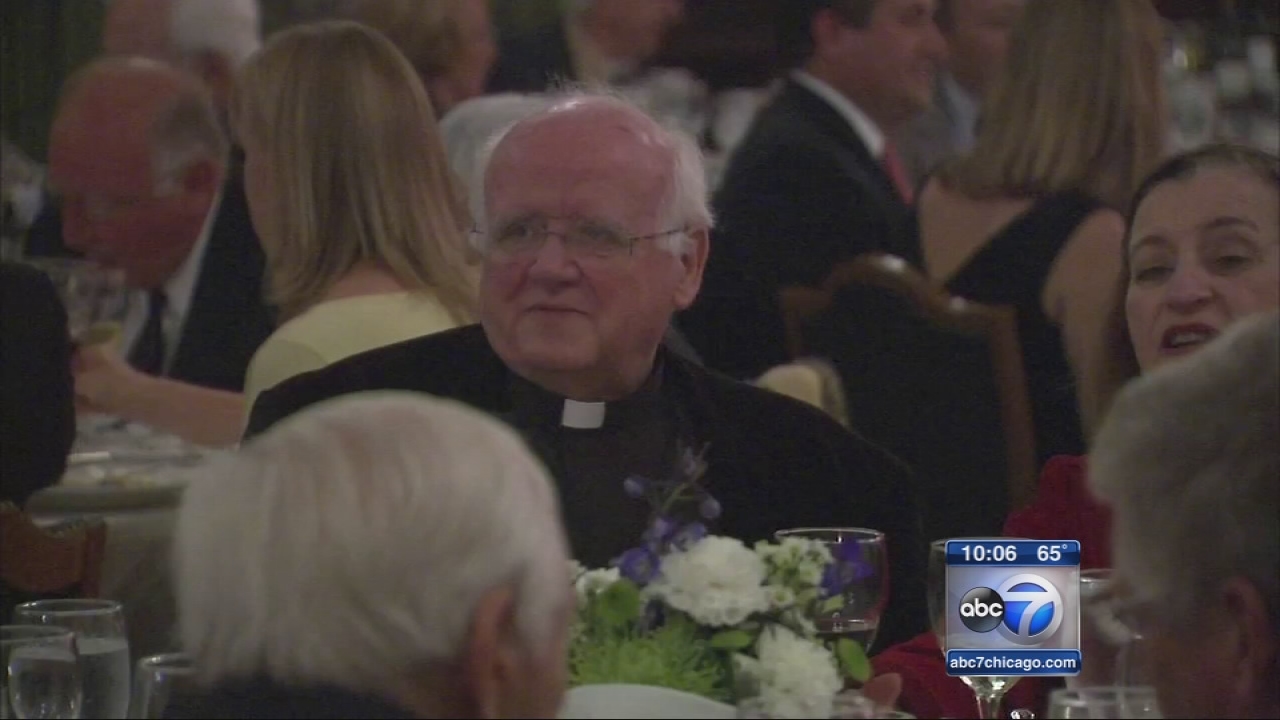 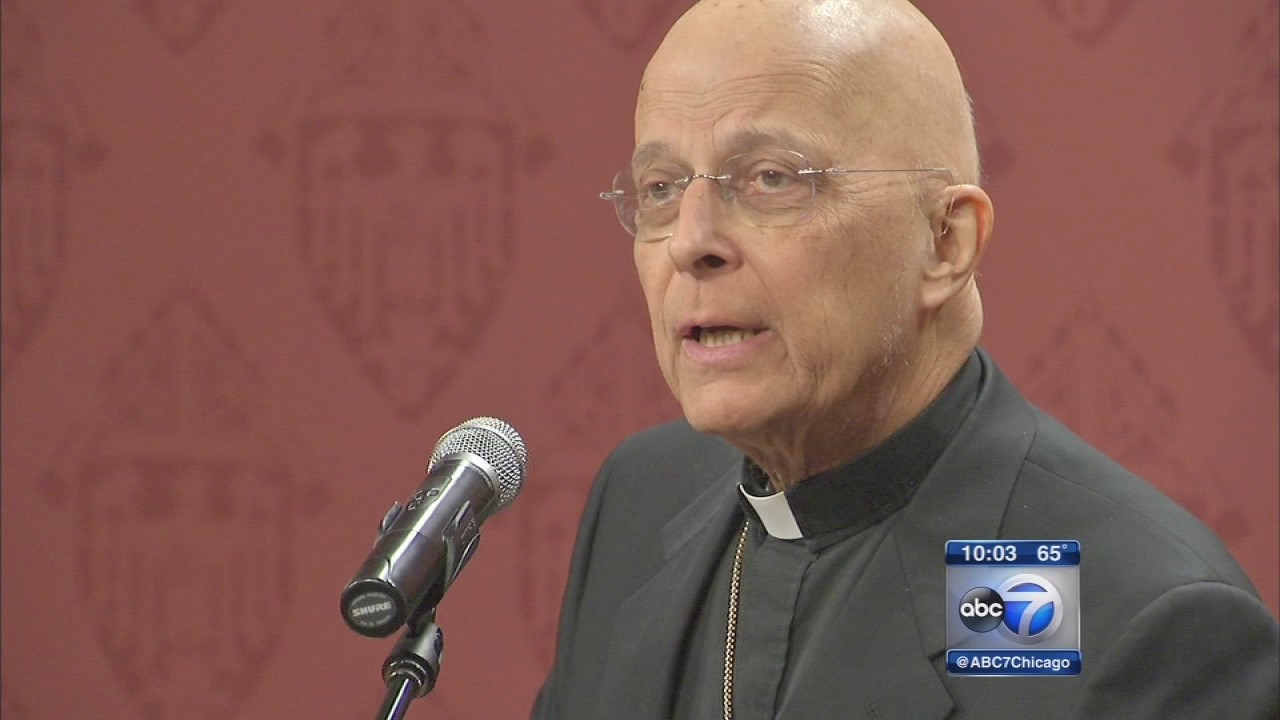 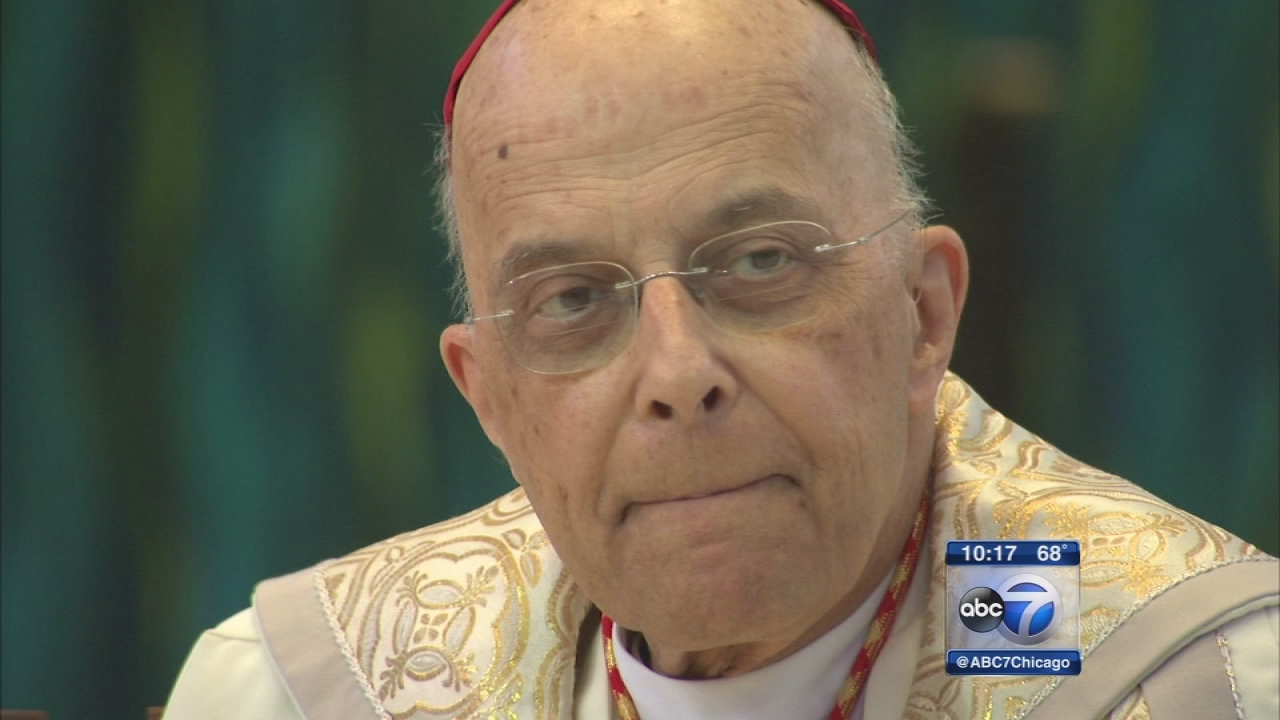 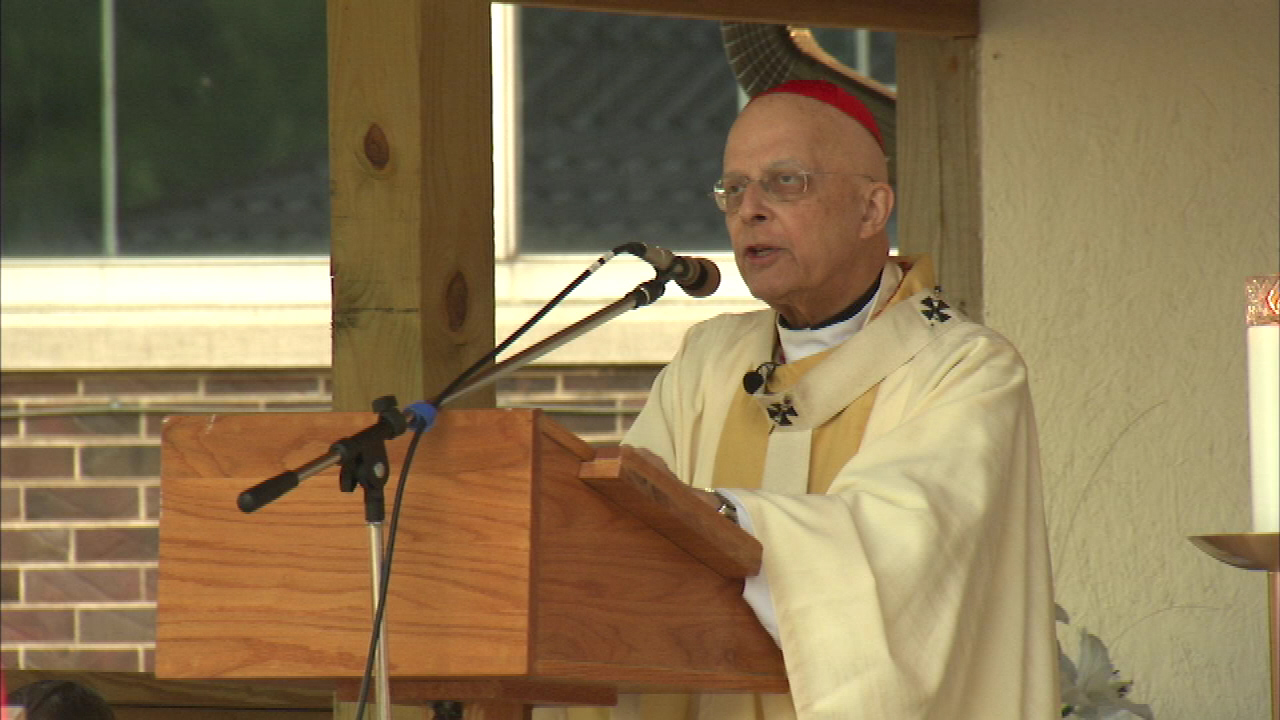 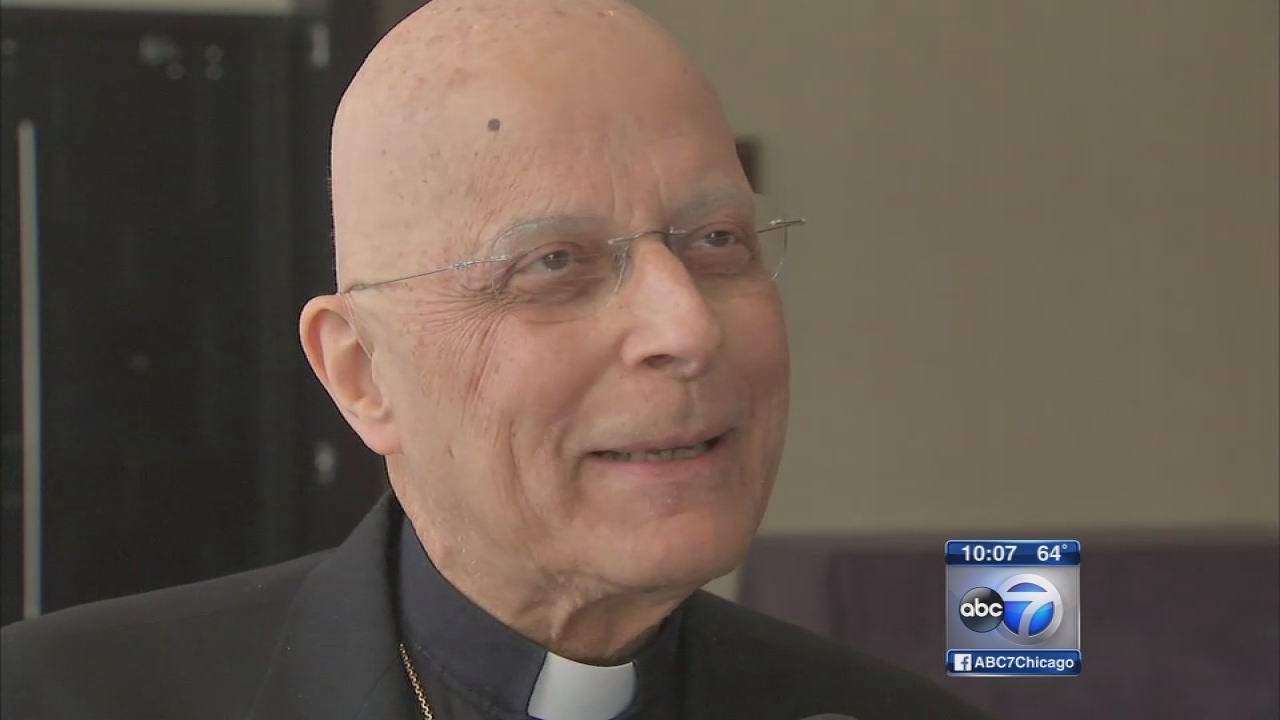 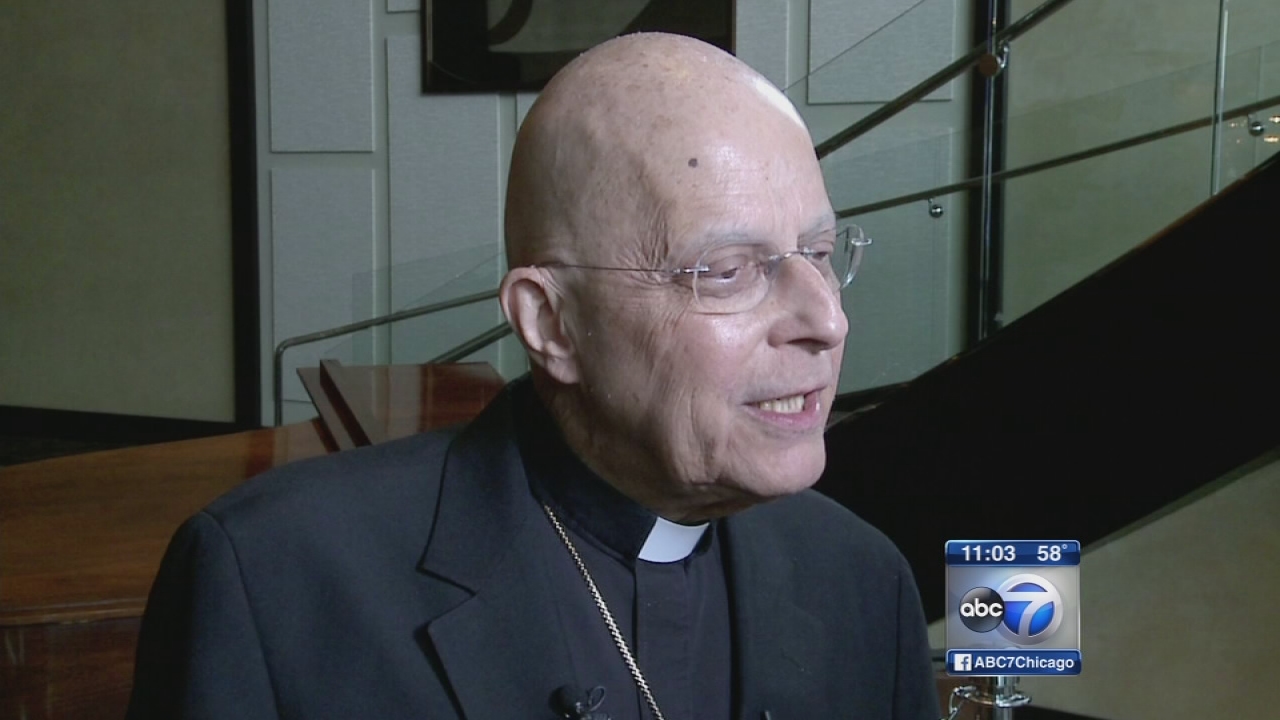 Cardinal George waits to learn who will succeed him 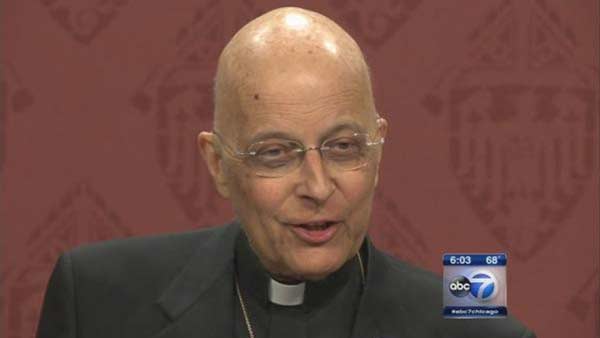 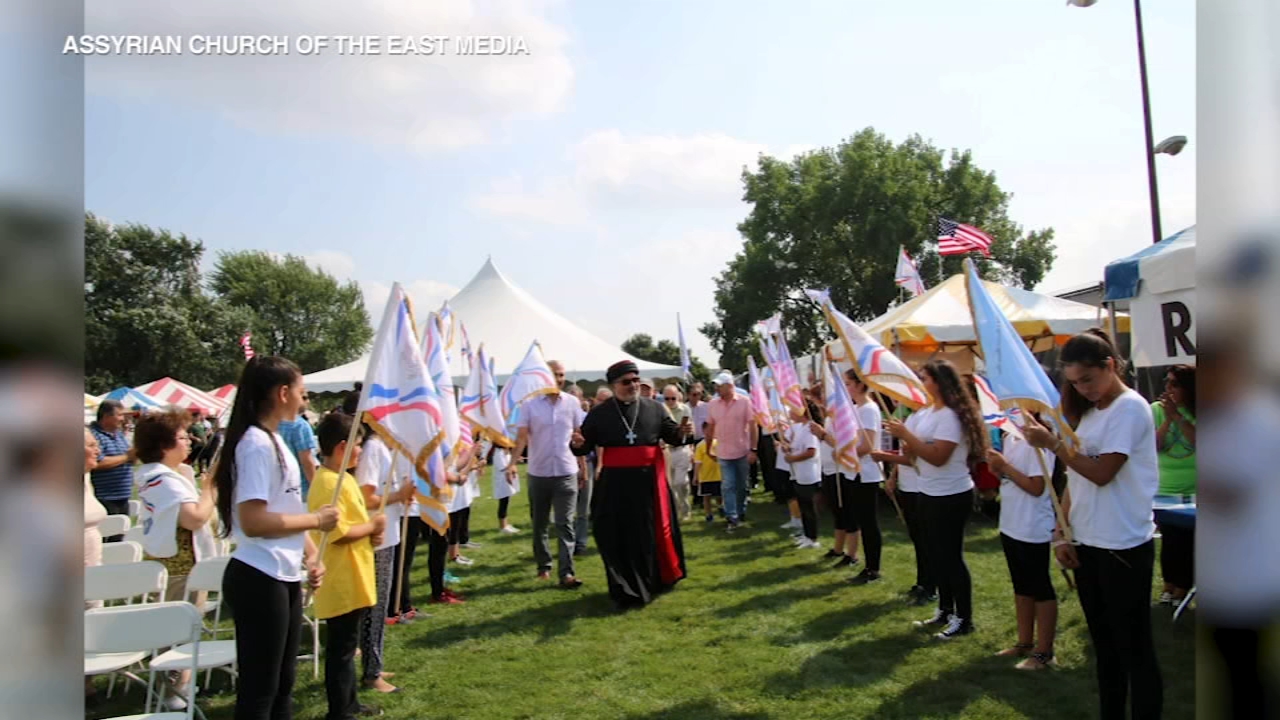