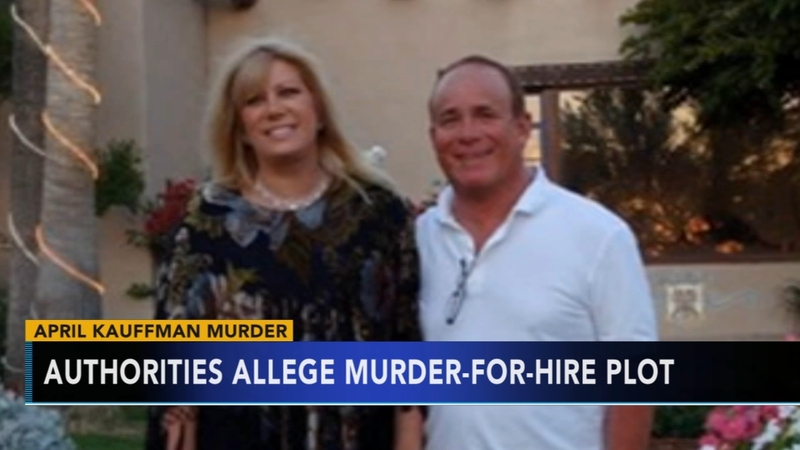 MAYS LANDING, N.J. -- The husband of a murdered New Jersey radio host is accused of having his wife killed in order to protect an alleged drug ring he ran with the Pagans Outlaw Motorcycle Gang.

Dr. James Kauffman, 68, is charged with murder and racketeering for his involvement in both the drug ring and the killing of April Kauffman in 2012.

Atlantic County Prosecutor Damon Tyner said during a news conference on Tuesday that it all began back in 2011 as April Kauffman threatened a divorce.

It took nearly a year, but Tyner said a hitman was eventually found. That man is identified as Francis Mulholland, a Pagan associate of Joseph Mulholland and an alleged member of the drug enterprise.

The prosecutor said Mulhollands were paid at least $20,000 in cash, though that number could be higher. Francis Mulholland has since died of a drug overdose.

Meanwhile - in a shocking twist - Augello was also charged with conspiracy to commit the murder of James Kauffman. Prosecutors did not go into further detail about that plot.