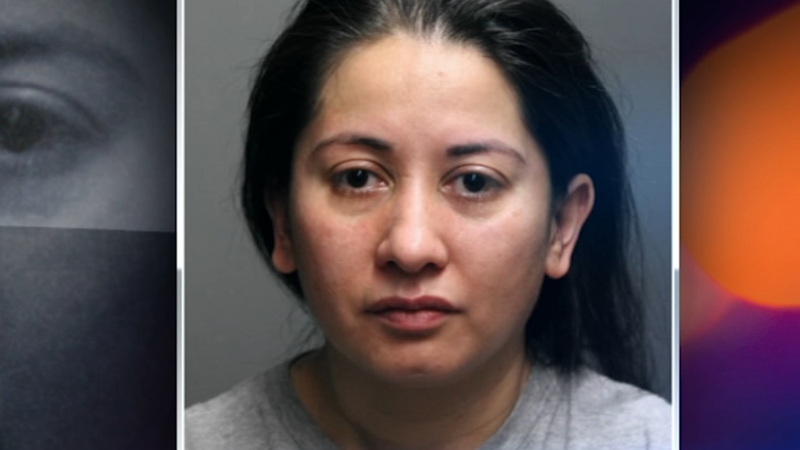 CHICAGO (WLS) -- The teen mother and father of a newborn baby boy that was thought to have been abandoned in Chicago's Humboldt Park neighborhood earlier this week have been charged as juveniles with attempted murder.

Karla L. Antimo, of the 1700-block of North Karlov Avenue, is charged with one felony count of false report of offense, police said. She admitted to investigators that the newborn is her grandson.

All three appeared in bond court Friday. A judge ruled the parents of the 16-year-old girl can take her home. The girl's attorney said she is an honor student who plays soccer and has never been in trouble before.

"I believe steps were taken to comply," said Rajeev Bajaj, attorney. "I don't believe she should have been charged with attempted murder at all."

"When the facts come out and you hear both sides of the story I think it's going to shown that it's a very harsh charge," Bajaj added.

The girl gave birth Tuesday, wrapped the newborn in a beach towel, umbilical cord still attached, and placed him atop a garbage can in an alley located in the 3500-block of North Pulaski Road, police said.

The boy went back to the alley, grabbed the baby boy and placed him inside of a bag, police said. He called Antimo, his mother, who then took the newborn to a fire station in the 1700-block of North Pulaski Road, police said.

"They came with a bag and you couldn't tell what was in the bag at first and then what they opened the bag it was definitely not what I expected it was shocking. We just immediately went through what we had to do," said Aaron Oshtia, Chicago Fire Department.

Antimo, 37, claimed she found the infant in an alley on top of a garbage can in the 1700-block of North Keystone Avenue, police said.

"She's the one that actually took the baby to the firehouse, but she didn't accurately describe how she found the baby," Chicago Police Superintendent Eddie Johnson said.

The infant was taken to a hospital in critical condition where his condition has since been stabilized. He could be released as early as this weekend, according to Illinois Department of Children and Family Services spokesman Jassen Strokosch.

In the meantime, the 16-year-old girl showed up at an area hospital claiming to have had a miscarriage, prosecutors said.

"Certainly this incident could have been handled differently especially when the grandmother got involved because she's not a child, she's not a teenager," Johnson said. "At least she took the baby to the firehouse."

"We were able to track down all of them, so we know who the father is, the grandparents, the mom," said Johnson. "It's a tragic incident. Of course, it turned out good because the baby survived and is doing well, but those things don't have to happen."

UPDATE - The juvenile mother and father of the newborn baby have been criminally charged with Attempted Murder. Given their ages, names cannot be released under the law. Karla L. Antimo, 37, is also charged with filing a false report for how she said the baby was discovered. pic.twitter.com/8PU5W9e6Pi

Child advocates said the infant is the first baby illegally abandoned in 2019.