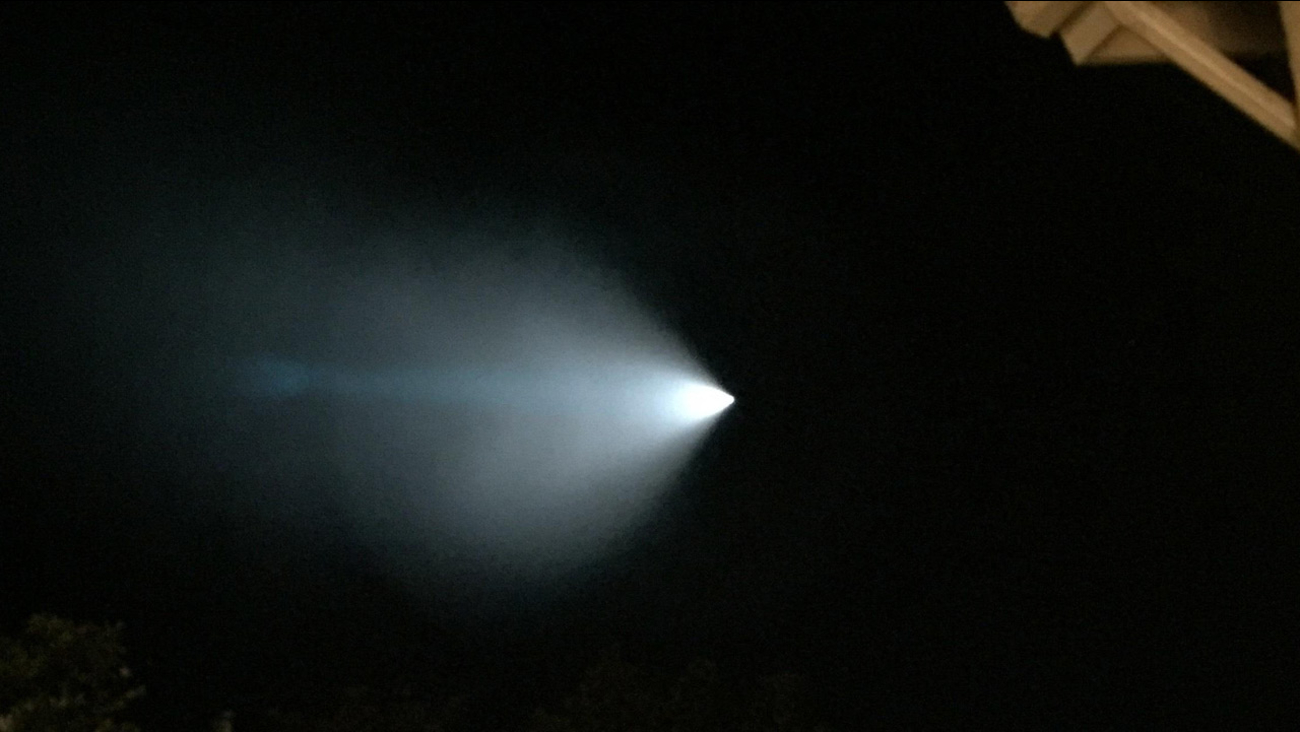 An ABC7 viewer submitted a photo of a mysterious bright white and blue light flying through the sky on Saturday, Nov. 7, 2015. (KABC)

LOS ANGELES -- A rocket launch left hundreds of people perplexed as it caused a bright light to streak across the sky Saturday night.

The U.S. Coast Guard Sector of Los Angeles and Long Beach confirmed it was a rocket launched from a Naval base.

Residents from Ventura to as far as Nevada and Arizona took photos and videos of the strange phenomenon around 6 p.m.

The Orange County Sheriff's Department tweeted out that the light was a test conducted by the U.S. Navy off the coast.

#OCSDPIO: Light seen in OC sky was confirmed through JWA tower to be a Naval test fire off the coast. No further details.

The Malibu-Lost Hills Sheriff's Station tweeted that there were military exercises being performed off the coast of Catalina Island, while an astronomer at Griffith Observatory said it could be a comet or meteor.

#LATraffic Alert. Military exercises off of Catalina Island. Lights and lasers can be seen from beach and coastline. No need to call 911

Jonathon Payne said the light, believed to be a single comet, is a precursor to the Taurid meteor shower that is expected this month. When a comet comes into the atmosphere, it is normal for there to be a white light and then a blue and green streak, according to Payne.

Vandenberg Air Force Base did not launch any rockets Saturday evening, according to a representative.

Can someone explain what this bright light over LA's sky is? @ABC7 pic.twitter.com/Rddvjnf9Tt

@ABC7 this was the beginning of it thought it was a shooting star #abc7eyewitness pic.twitter.com/3l3jRIeZJd