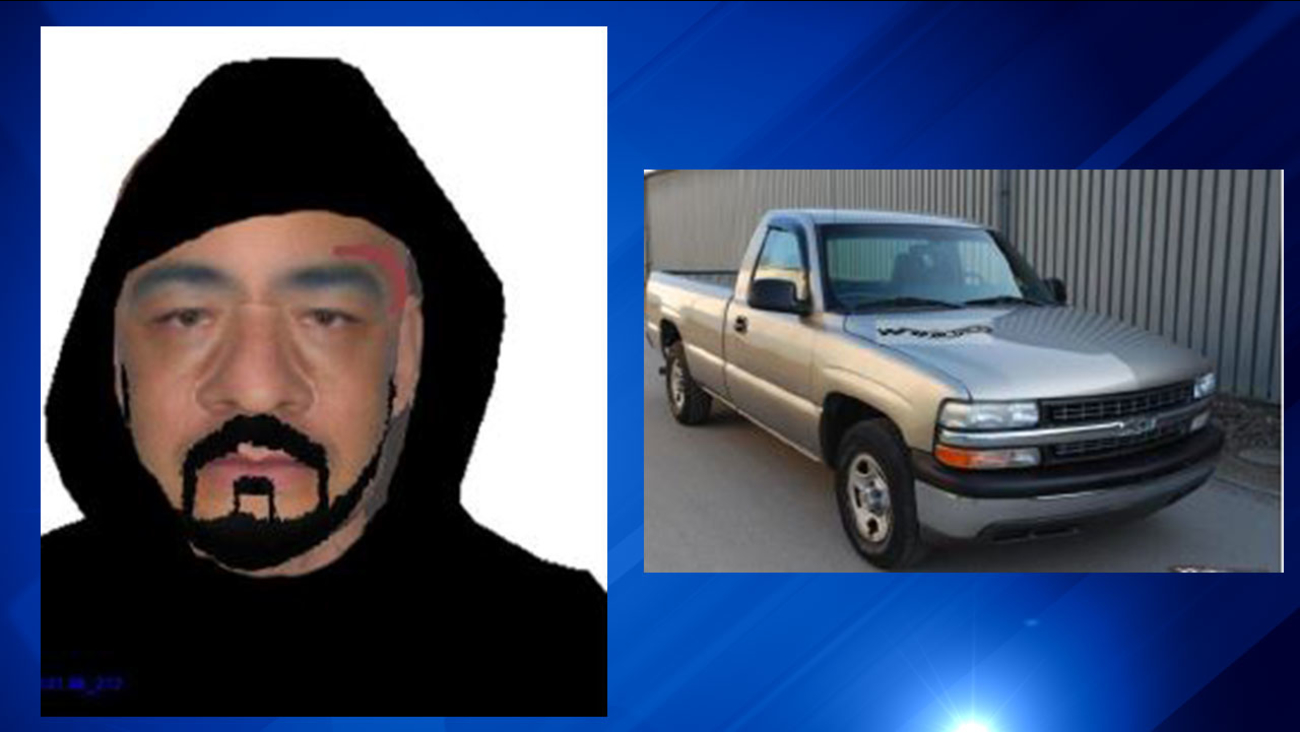 A composite sketch of a man who allegedly tried to lure a 12-year-old boy into his truck. (Elmhurst Police Department)

ELMHURST (WLS) -- Elmhurst police are looking for a man who tried to lure a boy into his truck by claiming he needed help to find a lost dog.

The man drove up to the boy at about 5:10 p.m. Friday in the 500-block of Comstock in the western suburb and offered the 12-year-old boy a "treat" in exchange for his help.

The boy refused and ran to a friend's house.

He described the suspect as a Hispanic man in his 30s or 40s, wearing a hooded sweatshirt pulled close to his face. He was light-skinned with facial hair and a C-shaped scar over his left eye. He spoke with a deep voice, police said.

Police have increased patrols in both marked and unmarked squad cars in residential areas of town, and are asking residents call 911 to report any suspicious activity.