CHICAGO (WLS) -- The head of Chicago Public Schools revealed new details about a contract offer made to teachers.

CPS proposed a four-year deal. Teachers would have to increase their pension contributions, but would see what the district terms a "net raise" by the end of the contract.

The offer promises not to lay off teachers in the middle of the school year. It also features fewer standardized tests and more teacher autonomy.

CPS CEO Forrest Claypool said the only way to avoid massive classroom cuts this spring is for teachers to agree to the deal in the next six weeks.

"We're trying to do everything we can to avert classroom cuts in the second semester and to fill this $500 million budget hole because Springfield has not acted on unequal funding of our children and children in the rest of the state," Claypool.

Claypool said he's moving ahead with plans to cut hundreds of jobs at the CPS central office.

The Chicago Teachers Union calls the offer "no-win" and said Claypool is "mis-characterizing" the district's offer.

Union members recently voted to authorize a strike. CTU officials said Monday that 88 percent of its members voted in favor of the action, if necessary. 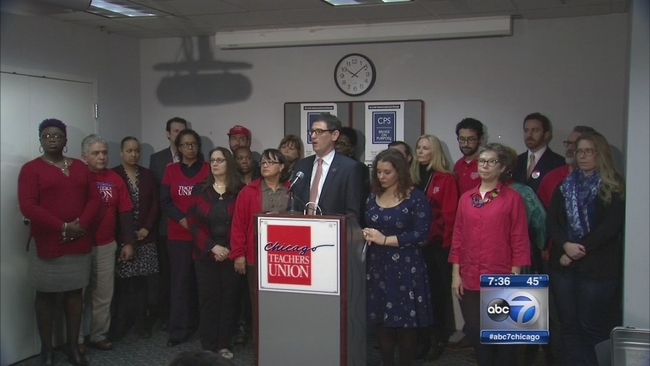