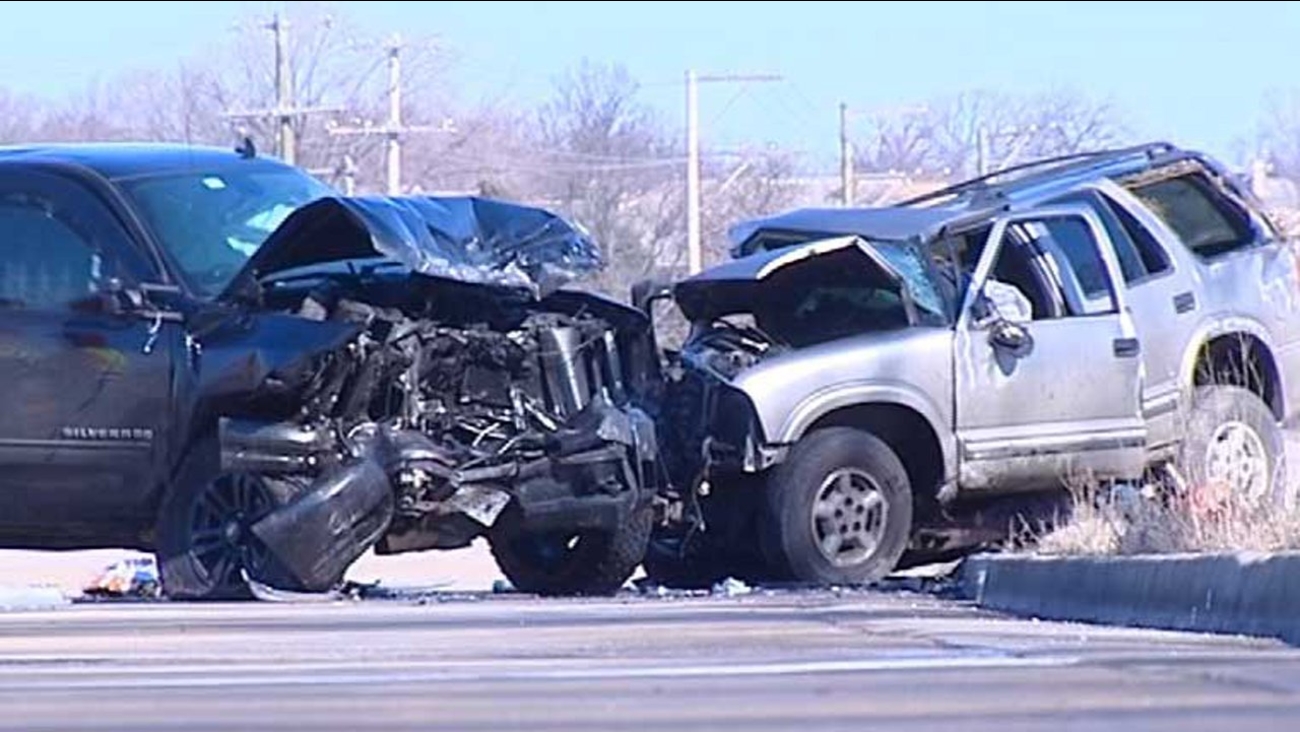 LIBERTYVILLE, Ill. (WLS) -- Two women from Wisconsin were killed and another person was injured in a three-vehicle crash in unincorporated Libertyville.

A Chevrolet Blazer was traveling behind a Jeep Grand Cherokee heading south on Milwaukee Avenue (Rte. 21) near Casey Road around 9:03 a.m. Friday when the Blazer struck the Jeep's bumper. The Blazer then went over a raised median and into the northbound lanes of traffic, where it struck a northbound Chevrolet Silverado, the Lake County Sheriff's Office said.