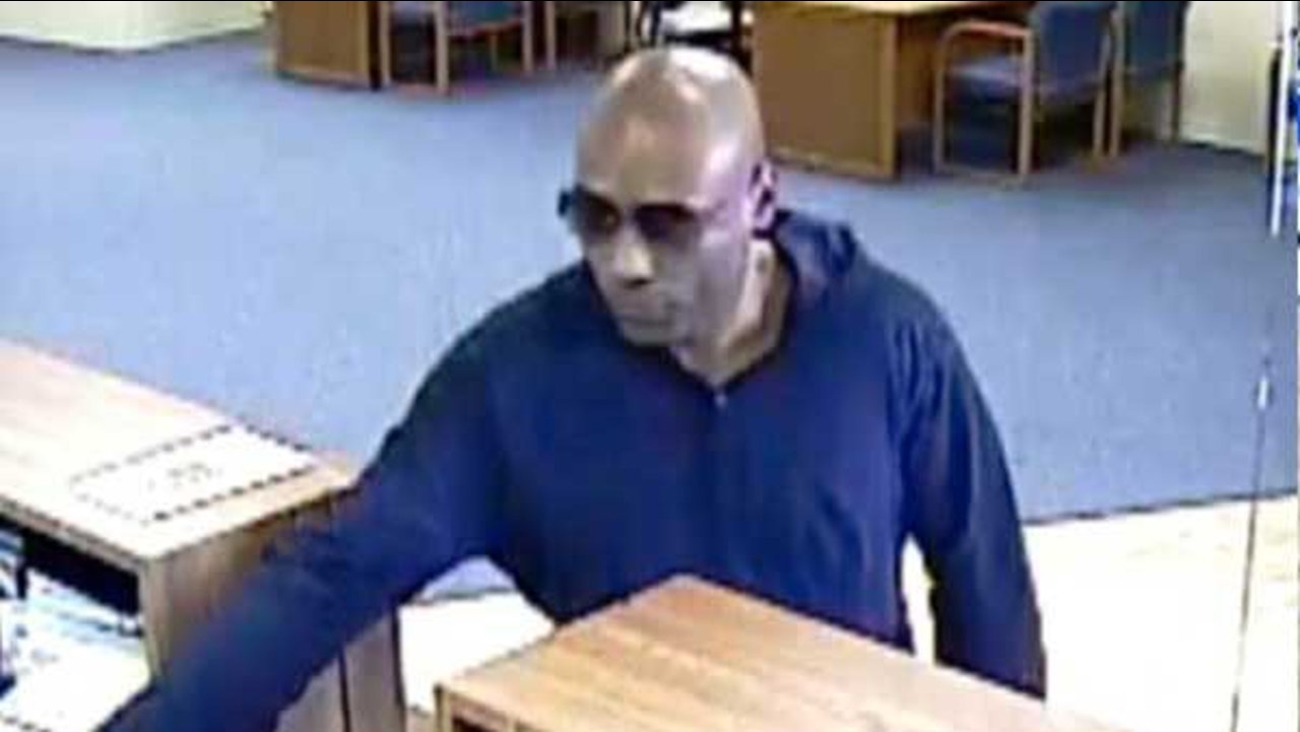 The man robbed the West Suburban Bank branch at 1380 Army Trail Road at 3:14 p.m., according to the FBI.

He threatened a weapon, but did not show one during the robbery, the FBI said. No one was injured.

The suspect is described as a bald, 6-foot-1-to 6-foot-2 black man between 30 and 35 years old, the FBI said. He had a medium build and was wearing a blue long-sleeved shirt, sunglasses and jeans.

Anyone with information about the robbery or the suspect is asked to contact the FBI's Chicago office at (312) 421-6700.

Surveillance images of the suspect in a bank robbery Tuesday in Carol Stream. | FBI