South Side chase ends in fiery crash; driver in custody 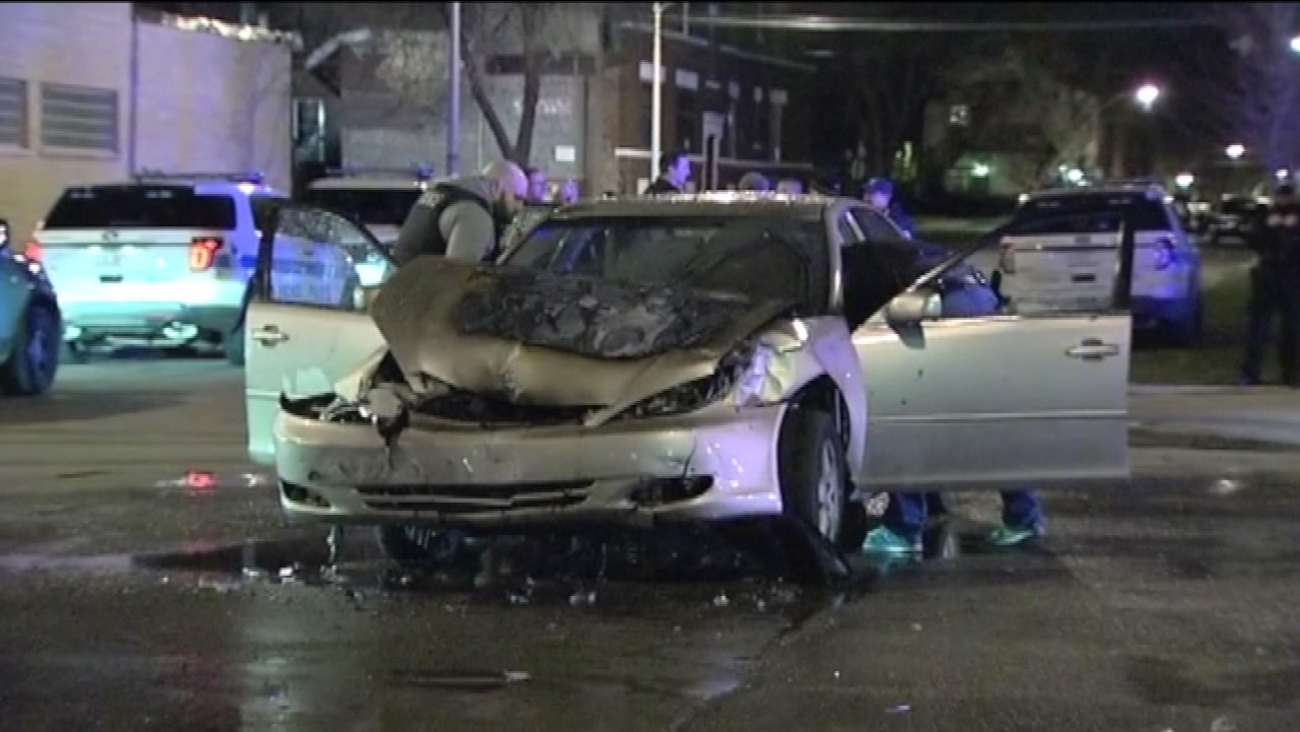 CHICAGO (WLS) -- A car chase led to a fiery crash on Chicago's South Side.

Police said a driver sped away from a traffic stop in the 6500-block of South Kedzie Avenue in the city's Marquette Park neighborhood.

The two-mile pursuit ended in a crash at West 66th Street and South Ashland Avenue in the city's West Englewood neighborhood around 12:15 a.m. Tuesday. No one was injured.

Officers took the 26-year-old driver into custody and issued traffic citations. Police said he has a warrant out for his arrest.