2 arrested in armed robberies near University of Chicago 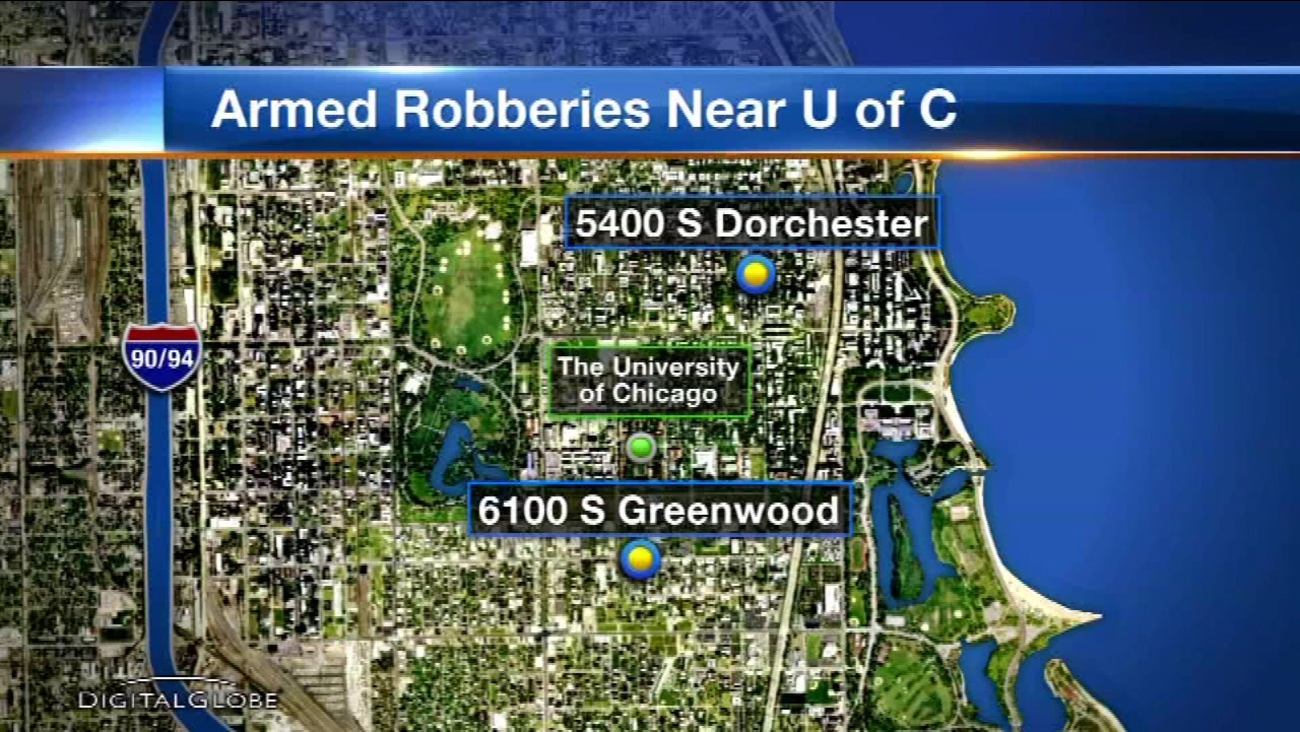 CHICAGO (WLS) -- Police said they have made two arrests in a series of armed robberies on and around the University of Chicago campus.

The most recent armed robbery took place Monday night in the 6100-block of South Greenwood.

Police say the suspects may be responsible for three other robberies in the area of 61st Street to 62nd Street and Ingleside to Greenwood over the last few days.

University police said three men with a gun held up a student in the 6100-block of S. Greenwood on Sunday night. A similar incident occurred Saturday afternoon when an armed suspect tried to rob a person walking on the 5400-block of S. Dorchester.