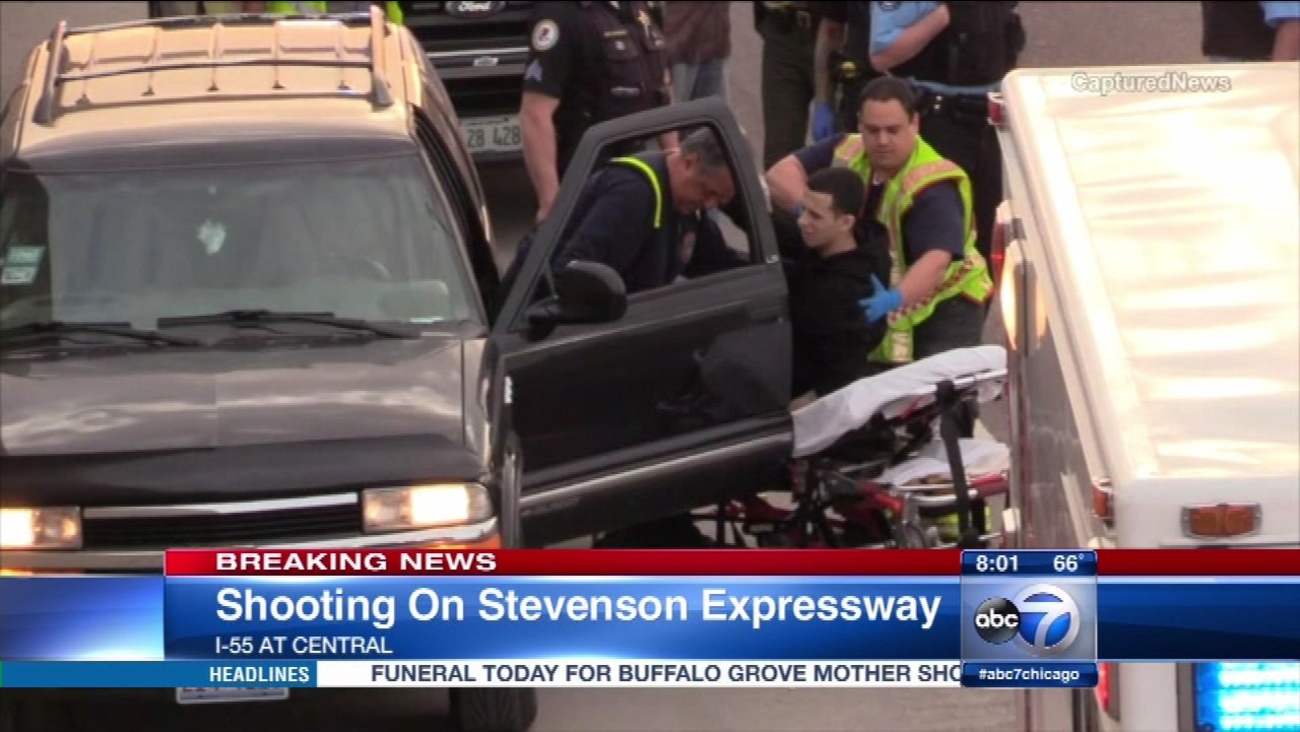 CHICAGO (WLS) -- A 22-year-old man was shot early Saturday while on the Stevenson Expressway near Central Avenue on the West Side, according to the Illinois State Police.

The shooter fled the scene. No one is in custody.

Shortly after 6 a.m., the man was driving alone in the outbound lanes when a Silver Volkswagen SUV pulled up to his right side and started firing, police said.

A witness told police they saw someone in the SUV holding a black handgun. The SUV was last seen exiting I-55 at Central Avenue, where it headed south.

The expressway was closed for several hours and reopened at about 9:30 a.m.