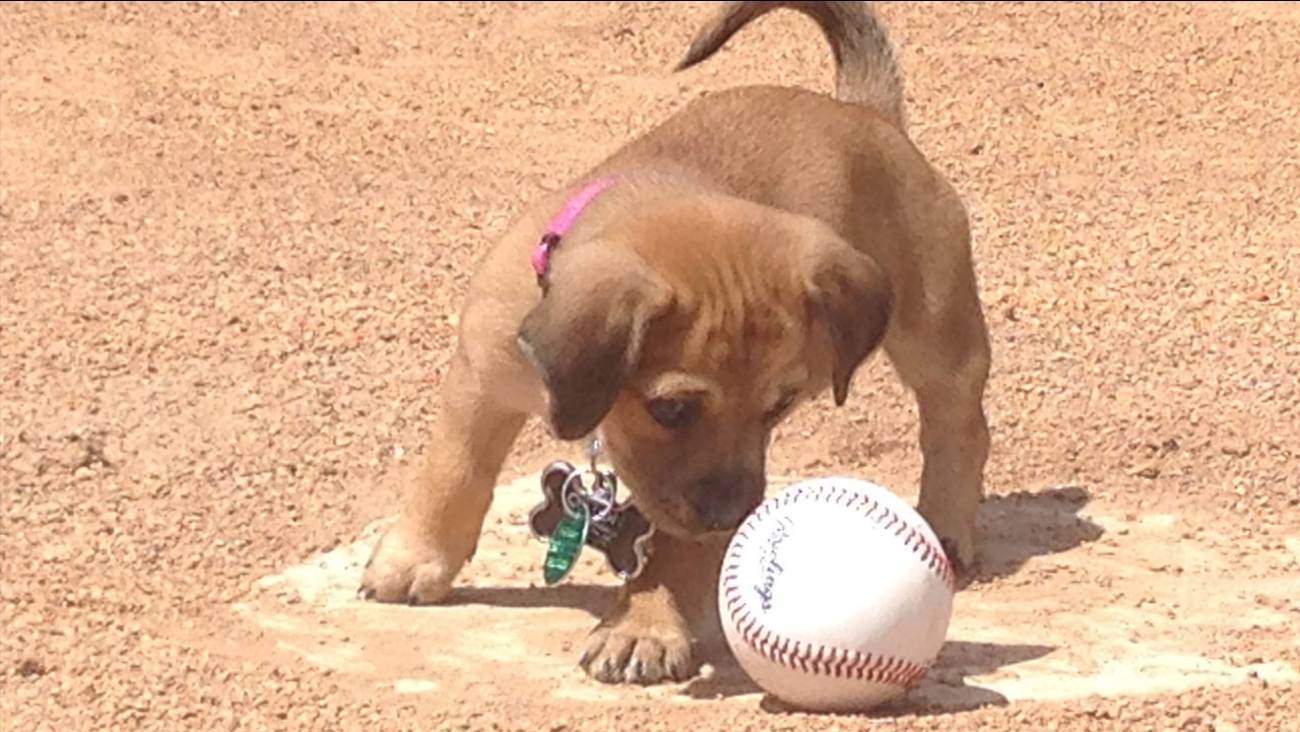 SAVANNAH, Ga. (WLS) -- A Georgia baseball team adopted an abandoned puppy as their official 'Bat Dog' for the season after finding the pooch wandering in their parking lot.

7-week-old Daisy was left in the Savannah Bananas' stadium parking lot two weeks ago with no tags, collar or microchip.

Team President Jared Orton and his wife adopted Daisy after taking her to the vet to get checked out. Aside from hunger and dehydration, Daisy was in "pretty good health," according to Orton.

"It was just meant to be that we'd have a team dog as part of our staff," Orton said in a team press release. "We aren't sure how big she'll get, so it's hard to say if she'll be able to pick up a bat or just coach first base, but as she grows, she'll be a fixture at the ballpark."