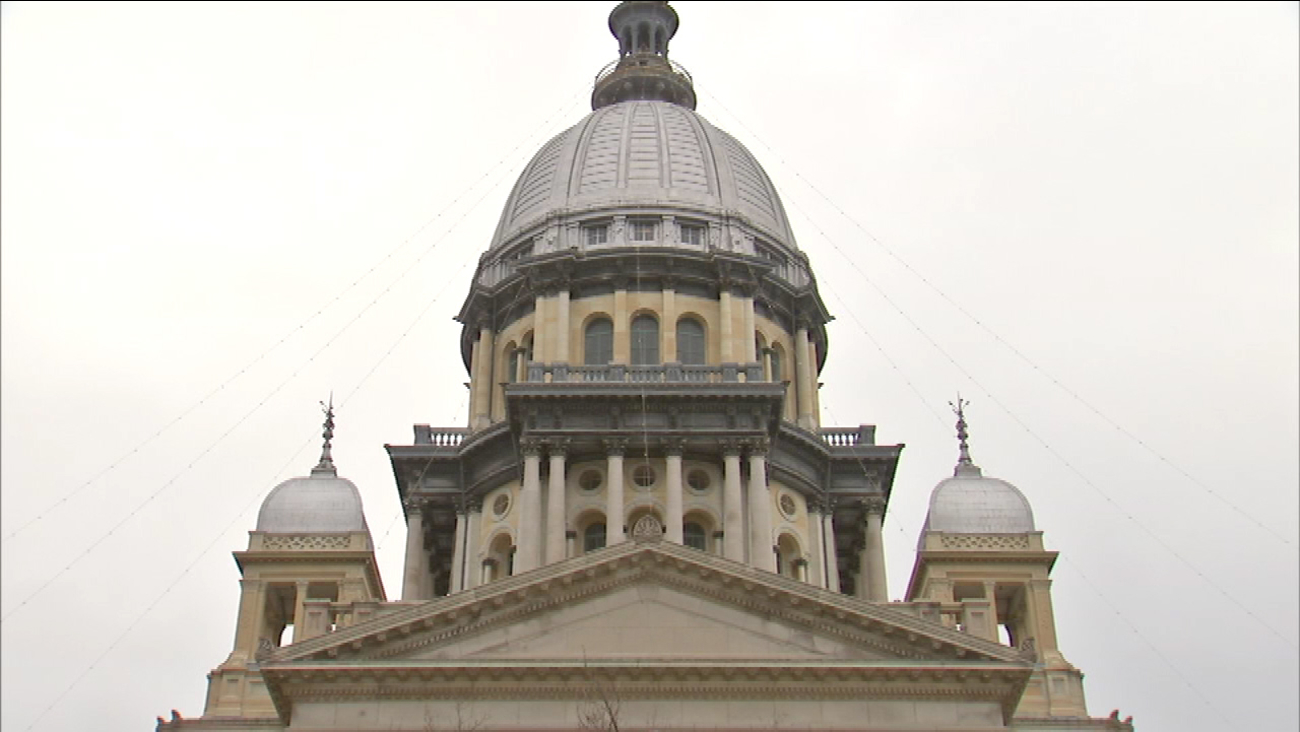 Democratic Rep. Michael Zalewski, one of the bill's sponsors, told colleagues in a House committee Sunday that he would not put the proposal up to a vote before the Legislature adjourns its spring session Tuesday.

"This became a distraction to an unhealthy degree," Zalewski said, without referencing the allegations that another lawmaker made last week.

Democratic Rep. Rita Mayfield had said she became privy to an email in which a lobbyist working for FanDuel and DraftKings suggested he could get support from members of the House Legislative Black Caucus in exchange for contributions to their foundations. Mayfield made the allegation during a hearing on the bill and said she didn't feel comfortable voting on the proposal.

"The email basically alleged that in exchange for considerations, donations, that he could guarantee votes. That's illegal," she said.

During the hearing, Mayfield didn't elaborate on the contents of the email, didn't say who it was sent to, or who showed it to her. She has declined to speak to The Associated Press about it.

A spokesman for FanDuel and DrafKings denied that they participated in the vote-buying overture Mayfield alleged.

"We categorically reject the implication that DraftKings or FanDuel would partake in such behavior. We do not condone this type of activity. It's simply not how we do business, here or anywhere in the country," spokesman Jeremy Kudon said.

The companies supported the legislation in Illinois, where they say 2 million people participate in the games. That makes the Illinois the third-largest market for the contests, according to the Fantasy Trade Association, which represents DraftKings, FanDuel and 300 other operators.

The bill would've set guidelines for who could participate in the contests, barring any company employees and anyone under 21. The bill also imposed taxes and licensing fees.

Several states have deemed the contests illegal gambling and lawmakers nationwide have responded by trying to set regulations.

Illinois Attorney General Lisa Madigan said in a December advisory opinion that betting through sites like DraftKings and FanDuel is illegal, but to shut the sites down in the state someone would need to challenge their legality in court.

Zalewski said he would continue working on the legislation and trying to convince his colleagues the state needs regulations for the online contests.

In other action Sunday:

- Illinois legislative leaders met again with Republican Gov. Bruce Rauner to try to settle a dispute that has left the state without a budget for 11 months. But there was no progress in negotiations and the chances that they'll find agreement before the Legislature adjourns are slim.

- A House committee endorsed automatic voter registration in Illinois, but the measure will not move to the floor until lawmakers make additional tweaks. The bill's sponsor, Rep. Robyn Gabel, an Evanston Democrat, said she hopes to finalize the changes Monday and get a House vote and Senate concurrence before Tuesday.

The plan would allow residents interacting with state agencies to get automatically registered.