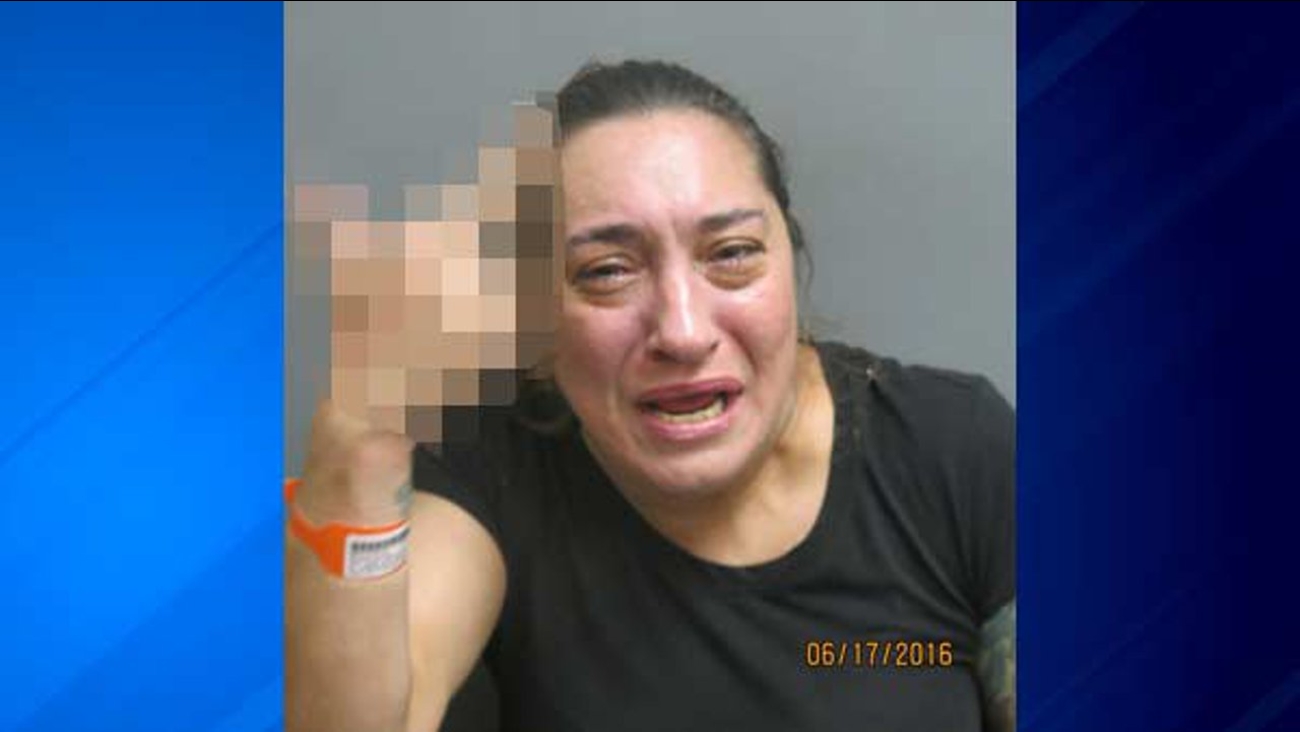 Hazel Rojas, 44, was pulled over after police said her 2003 Land Rover failed to go through a green light, then was seen driving below the speed limit and weaving in the 3600-block of S. Harlem just before 3:30 a.m.

After failing a field sobriety test, police said Rojas denied drinking and told officers she smelled of alcohol because some had spilled on her clothes at work.

After being told she was being placed under arrest, police said Rojas hurled insults about the officers, the law enforcement profession and their families. She also allegedly told the officers she was friends with many other police officers in the western suburbs in an apparent attempt to get out of the arrest.

When Rojas was processed at the Riverside Police Department, officers said she refused to have her mugshot taken, displayed vulgar hand gestures, and spit and vomited in front of the arresting officer.