Police beef up patrols in South Loop after string of robberies 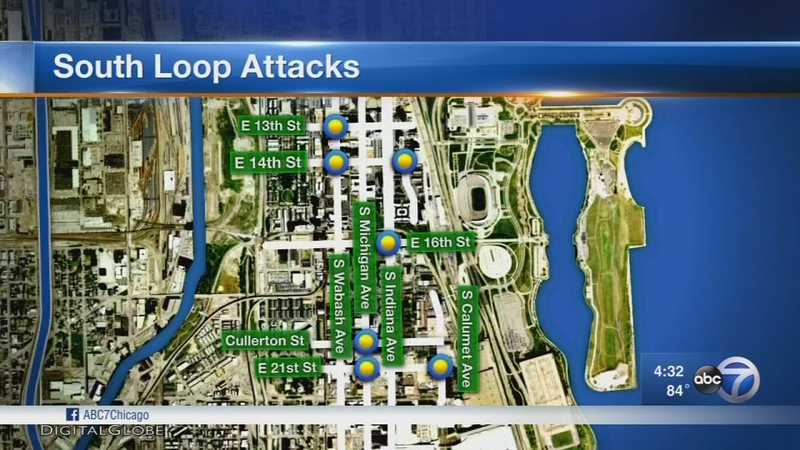 Chicago police beef up patrols after string of robberies

CHICAGO (WLS) -- Chicago police are beefing up patrols in the South Loop neighborhood after seven robberies in the last 10 days, the latest of which was Tuesday morning of woman riding a bike.

Just before 10 a.m. Tuesday, a man in a red jeep pulled alongside a 38-year-old woman on a bike near Cullerton and Indiana. He reached out from the moving car, grabbed her shoulder bag and sped off.

"Now I am a little bit scared. I don't know what I can do," said cyclist Victoria Mansuroba.

Most of the robberies have targeted people on bikes, and most of the victims have been women. Chicago police issued a community alert warning residents. And many are taking notice.

On Sunday, two men robbed a 14-year-old girl on a bike around 8:40 p.m. near East 16th Street and South Indiana Avenue. One man got out of the passenger seat of a car to rob her, then got back in and rode away, police said. The girl suffered a few minor injuries.

Investigators only have vague descriptions of the suspects and vehicles involved and there appears to be several. But generally the offenders stop a cyclist with their car, sometimes knocking them over. In at least one case, they dragged her a short distance. Then, they grab a purse or bag and take off.

First District police tweeted Tuesday that more uniformed and plain-clothes officers would be on the street in the area due to the increase in attacks on people riding bikes.

The incidents have occurred in an area that roughly stretches between East 13th and East 21st streets, and South Wabash and South Calumet avenues.

A 14-year-old girl was robbed while riding her bike in Chicago's South Loop Sunday night. 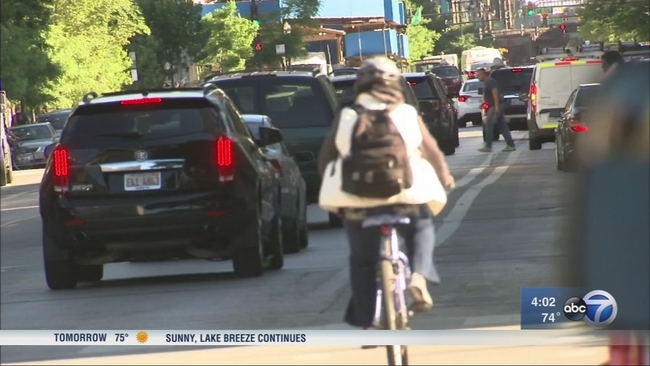