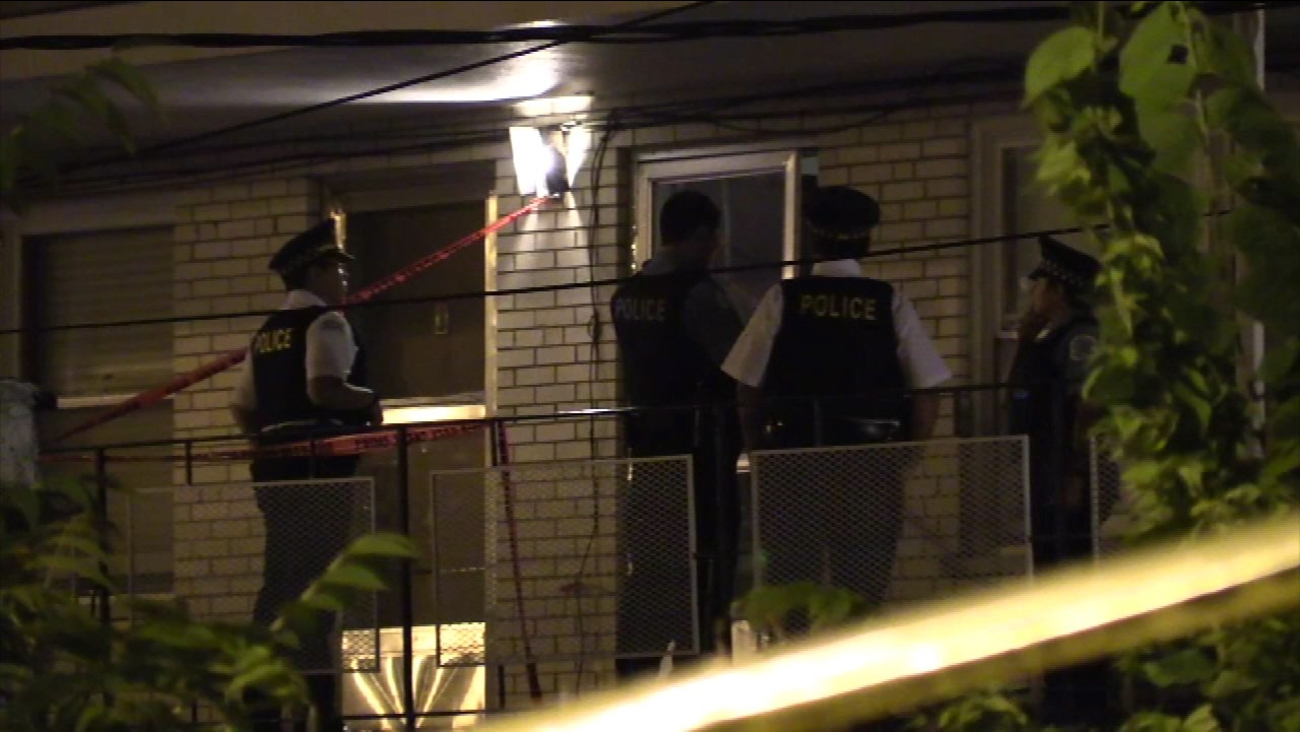 CHICAGO -- A man was shot by a Chicago police officer early Sunday in the Calumet Heights neighborhood on the South Side.

Shortly after 1 a.m., two South Chicago district officers responded to the 1800 block of East 87th Street for a call to assist paramedics with a man who was threatening to commit suicide with a gun, Chief of Detectives Eugene Roy told reporters at the scene.

The officers went into the second-floor apartment where they found the male, whose exact age was not known, holding a handgun. The officers told him to put down the gun, but he refused and pointed it at the officers, Roy said.

One of the officers then used a Taser while the other took out his gun and shot the person in the leg, Roy said.

He was taken to the hospital, and his injuries were not considered life-threatening, police said. No officers were injured and a weapon was recovered at the scene.

Chicago police said the officers involved in the shooting were wearing body cameras.

The officer who shot the man will be placed on routine administrative duties for 30 days, according to the police statement.