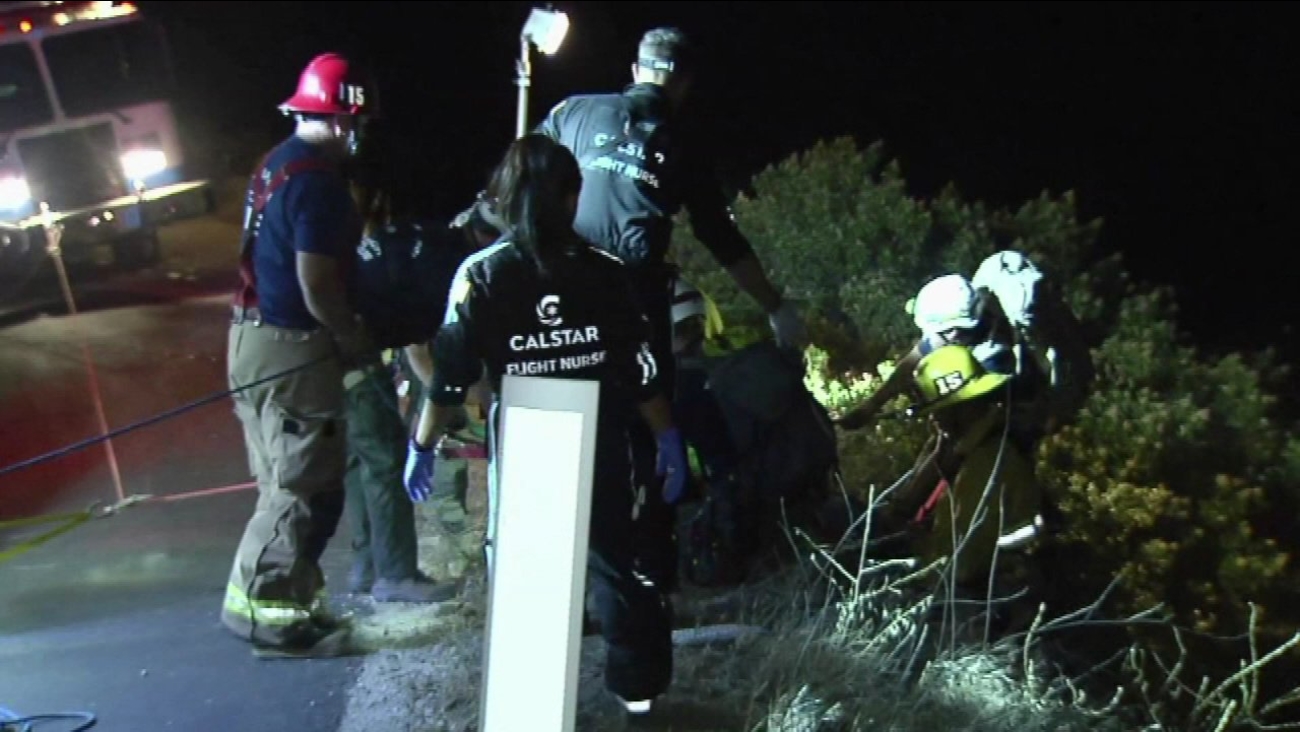 Firefighters rescue a man who drove off of a 400-foot embankment near Santa Barbara.

SANTA BARBARA, Calif. -- A man who drove his car off of a 400-foot cliff in California honked on his horn to alert rescuers to his presence.

The crash occurred around midnight Saturday near Santa Barbara.

The man called 911, but he was stranded far below the road and his lights were out. The horn helped police find him. Firefighters used a rope relay system to pull him out of the ditch.