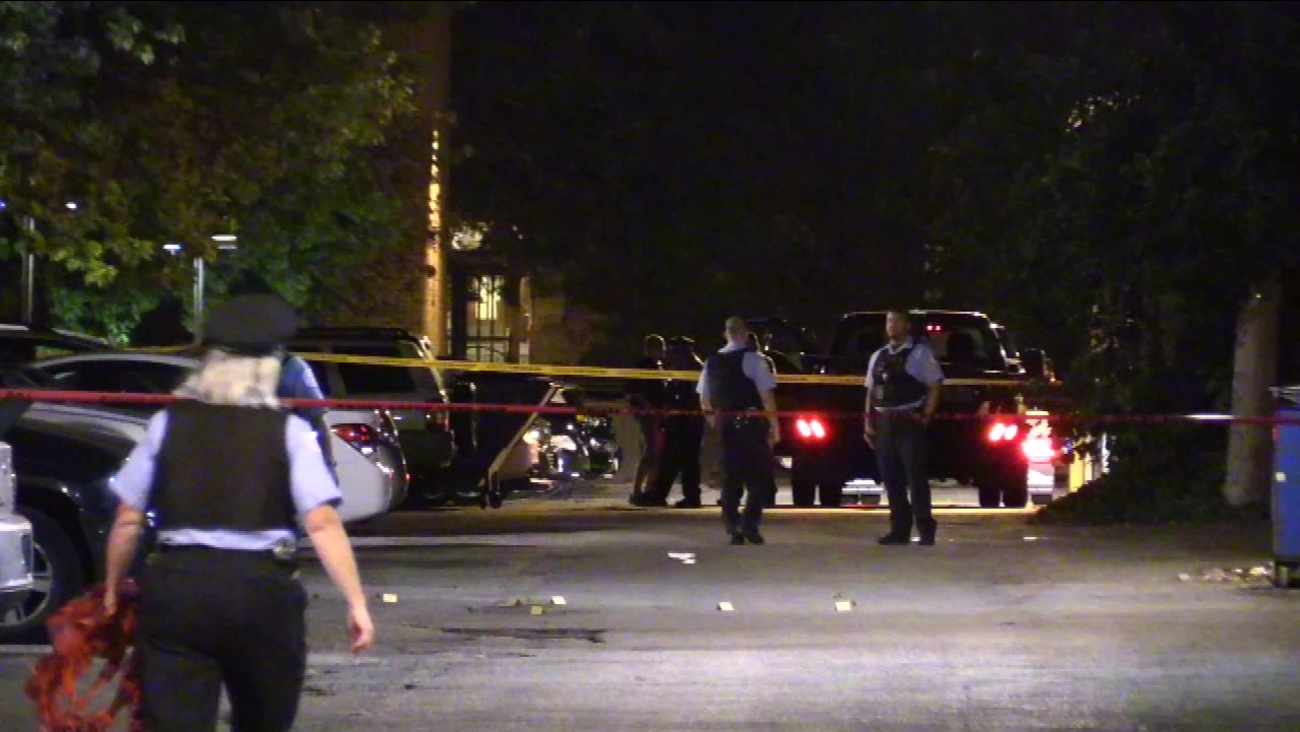 Chicago police investigate a fatal shooting in the Kenwood neighborhood.

CHICAGO (WLS) -- Authorities have identified a 15-year-old boy who was killed in a shooting in the Kenwood neighborhood early Sunday.

Travon Smith of Chicago was shot in the head near 47th and South Ellis at approximately 12:50 a.m. He was pronounced dead at the scene.

Another teen, a 16-year-old, was wounded in the leg and rushed to a hospital.

Witnesses said the 16-year-old limped from the scene and screamed, "They shot my brother."

Neighbors said they heard gunshots and looked up to see the two young victims.

"I heard what sounded like seven to nine shots or firecrackers so immediately I called police and told them what I heard," said Cherry Hardie.

Police said the shooter was inside a red minivan.