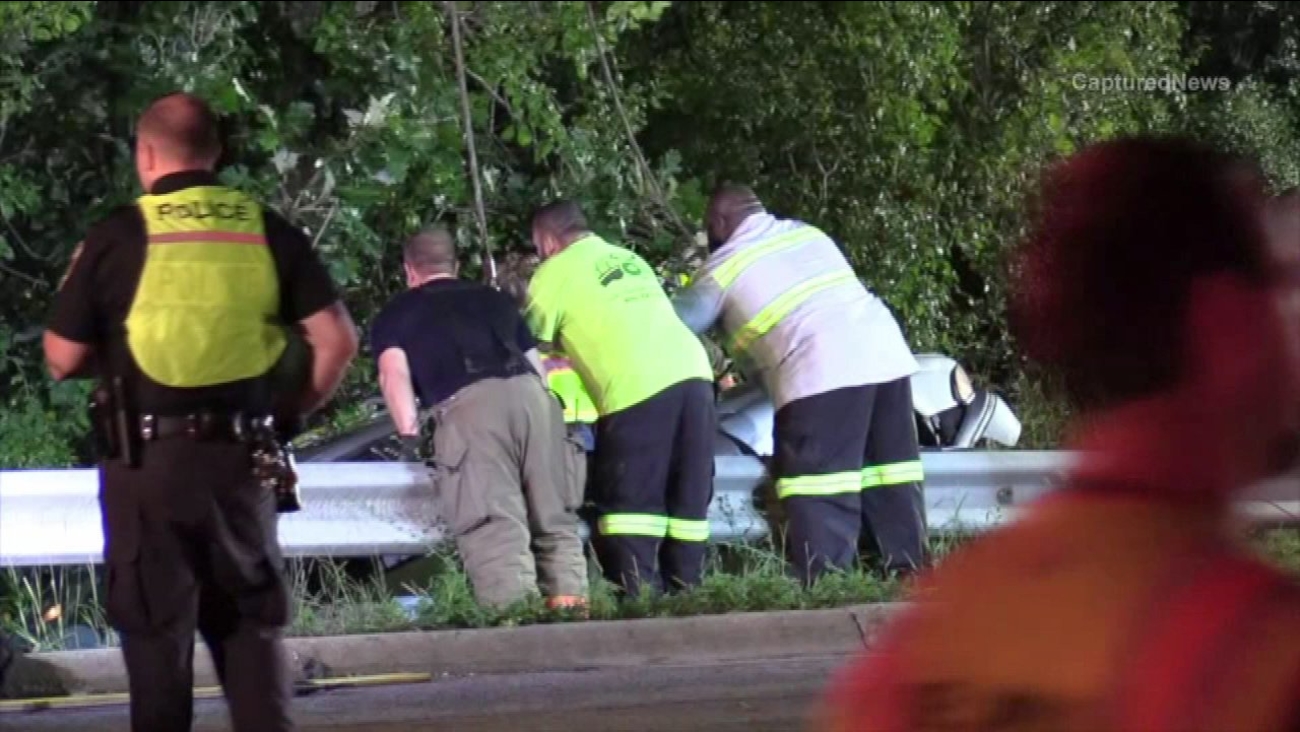 Two males fell into the Des Plaines River after their car crashed into a guardrail. (Captured News)

SCHILLER PARK, Ill. (WLS) -- Two men managed to make their way out of the Des Plaines River after falling into the water following a car accident in Schiller Park Sunday night.

Police were notified of an accident on River Road near Winona Street at approximately 9 p.m. First responders arrived to find a silver BMW that had struck a guardrail and left the roadway, becoming wedged between two trees.

Police and fire units searched the Des Plaines River near the scene of the crash and could not find the car's occupants.

A Schiller Park police officer was on patrol in the area of Irving Park Road and Cumberland Avenue, approximately two miles from the crash site, when the driver of the BMW approached the officer and told him he was inside the car in the accident. The man said he fell into the water and was swept downstream and that another person in the car ended up in the water.

"The driver was located coming out of the woods. He did fall in the river, and got out on his own," said Schiller Park Police Sgt. James Schieb. "It's pretty incredible and we're glad that he's alive."

The driver said he was able to make his way out of the river south of Irving Park Road and then started walking east on Irving. He was transported to a hospital to be checked out and is expected to be ok.

The second occupant was also located. He told police that he was able to crawl out of the river and left the scene. Police believe he did not seek medical attention.