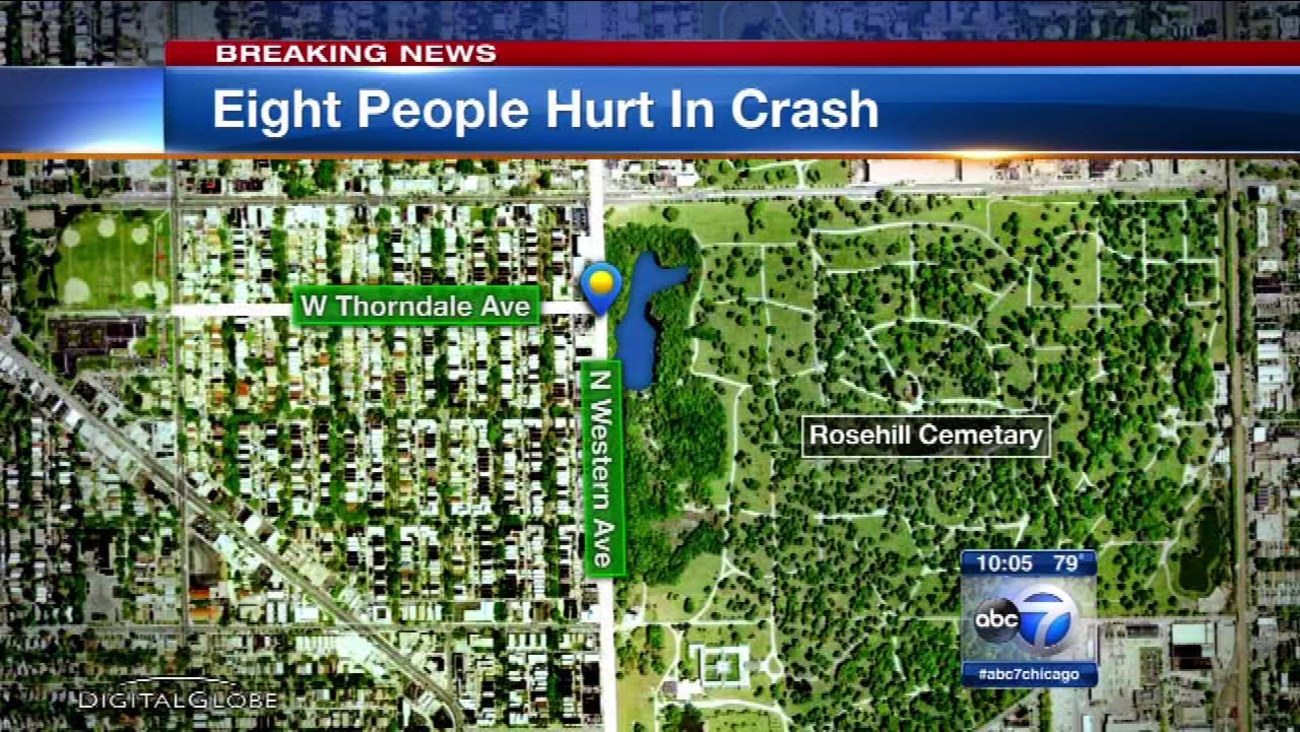 CHICAGO -- A child was among 8 people injured when two cars slammed into a motorcycle in West Ridge Sunday evening on the Northwest Side.

The crash happened about 7:15 p.m. at the intersection of Western and Thorndale avenues, according police and fire officials.

Three people taken to Illinois Masonic Medical Center were listed in serious-to-critical condition, as was another taken to Saint Francis Hospital in Evanston and a fifth taken to Lurie Children's Hospital, fire officials said.

Another person was taken to Swedish Covenant hospital in fair-to-serious condition, and two more people were treated at the scene for minor injuries.

Police did not immediately have more details on the crash.