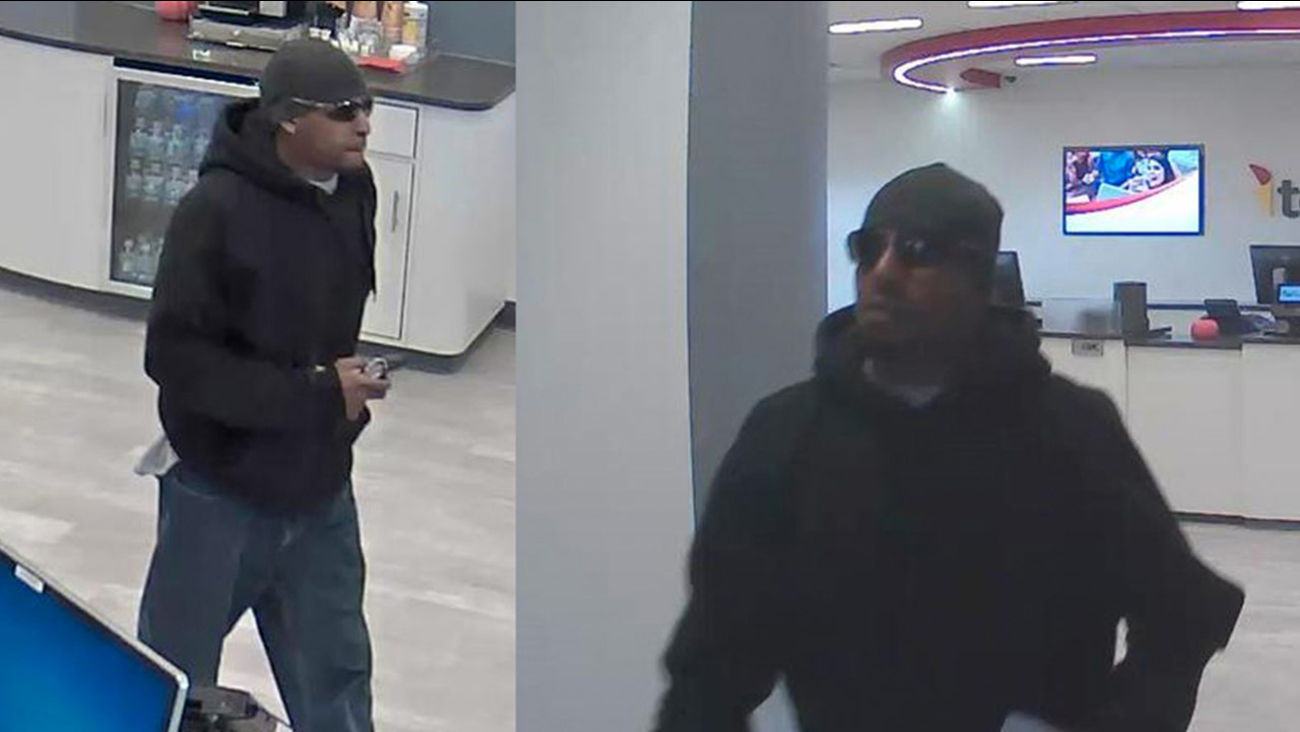 Surveillance photos of the an suspected of robbing a TCF Bank branch Saturday morning in Lombard. (FBI)

LOMBARD, Ill. -- A man who robbed a west suburban Lombard bank Saturday morning is also suspected of trying to rob a different bank less than 30 minutes earlier in Villa Park.

At 11:29 a.m., the man robbed a TCF Bank branch at 555 E. Butterfield Road in Lombard, according to the FBI. And at 11:07 a.m., the same suspect tried to rob a Standard Bank branch at 1 West Roosevelt Road in Villa Park.

He was described as a clean-shaven, right-handed, 5-foot-7 black man in his 30s or 40s, FBI spokesman Garrett Croon said. He was wearing a gray beanie cap, blue jeans, black gym shoes and a black hooded sweatshirt.

The suspect did not show a weapon in either of the incidents, the FBI said.