Veterans honored around Chicago on Friday 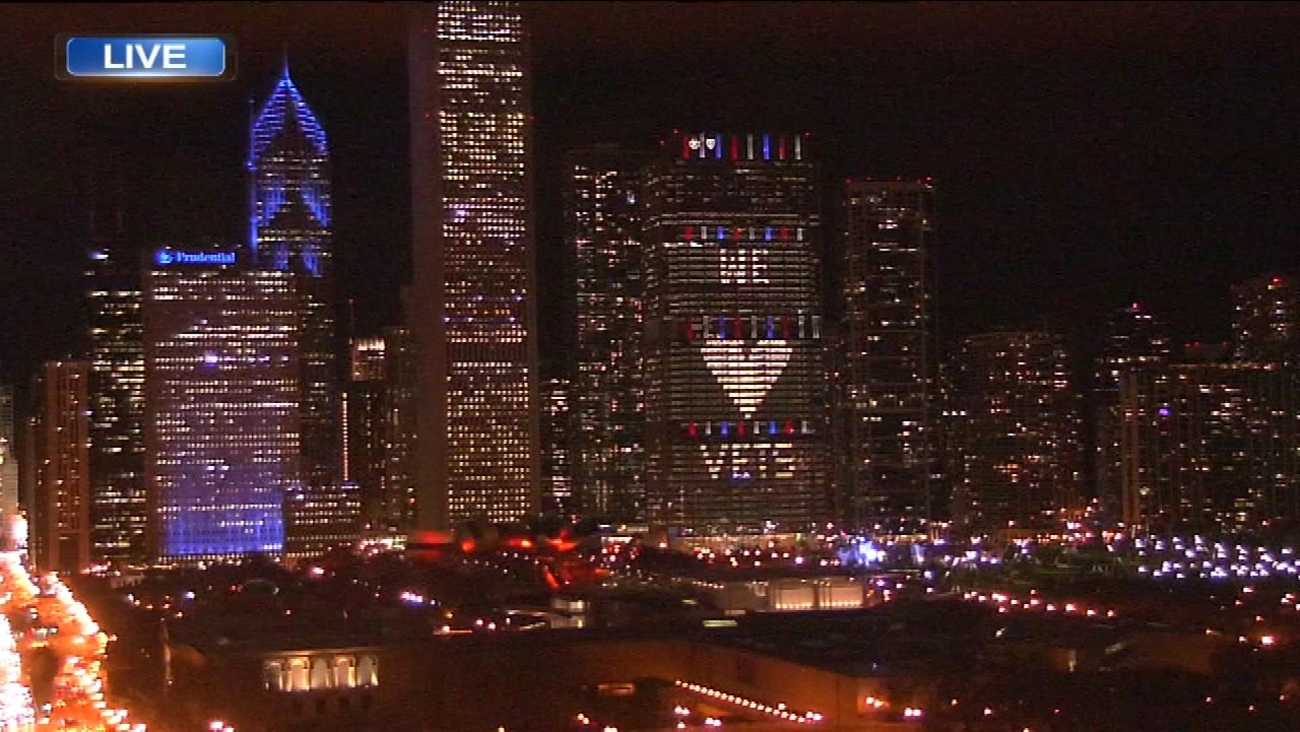 CHICAGO (WLS) -- Chicagoans honored and celebrated veterans around the city on Friday.

One of the largest remembrances of America's fallen heroes happened on Friday at Veterans Day ceremonies held at Soldier Field.

From an absolutely stirring rendition of the National Anthem to the 21-gun salute and wreath laying, Chicago area veterans, families and dignitaries gathered at a place dedicated to military valor.

"We still owe them more than the words of gratitude. We owe them the actions that give them the dignity of lives they so richly deserve for serving this nation," said U.S. Sen. Dick Durbin (D).

The crowd heard of money being spent to reduce Chicago's roster of homeless vets.

"No veteran will ever call Lower Wacker home in the city of Chicago," said Mayor Rahm Emanuel.

But the focus was really on the reflections of this man, U.S. Army Chief of Staff Mark A. Milley, a soldier for 36 years who is from a military family that goes back generations.

He asked the gathering to ponder why people risk their lives for an idea.

"In my country, in these United States, you and I, every single one of us is created fair and equal. Period. Full stop. And that is a powerful idea," said Gen. Milley.

Park in Wheaton illuminated in memory of those who served

Roughly 2,000 candles were burning on Friday night at Cantigny Park in Wheaton to remember those who served and sacrificed.

The candles are scattered across the parade field and along the walkways.

Organizers wanted to remind everyone that freedom isn't free.

Visitors are welcome at the park until 9 p.m. on Friday to come and see the lights.

A U.S. veteran who turned tragedy into a new path in life was honored on this Veterans Day on the UIC campus.

Melissa Stockwell was the guest speaker at the school's Veterans Day breakfast on Friday.

Stockwell lost her leg while fighting in Iraq in 2004, but that didn't slow her down.

She has since become an advocate for amputees and started the "Dare 2 Tri" paratriathlon club.

She also competed in the 2008 and 2016 Paralympic Games and won a bronze in the triathlon.

An event at Navy Pier on Friday aimed to honor veterans in more tangible ways during Fifth Third Bank's Veterans Day of Appreciation.

Veterans need more than just to hear, "Thank you for your service". An event at Navy Pier on Friday aimed to honor veterans in more tangible ways during Fifth Third Bank's Veterans Day of Appreciation.

The Crystal Garden at Navy Pier hosted representatives from Career Builder, Fifth Third Bank and the Illinois Patriot Education Fund to connect employers with uniquely qualified veterans. Veterans have a skill set that makes them especially marketable: discipline, determination, organization. Still, many are overqualified for the work they end up in when they complete their active duty.
"Since I've been driving trucks for a few years, it's really tough to get out of it, because that's the only skill that I know and that's what I did in the Army," said Army veteran Brandon Short.

Brandon Short has eight years of service under his belt and a compelling reason to make a change.

"I'm starting a family now. I have two babies on the way, so I gotta try to get it right in these next few months," said Short.

The good news is that Short and his fellow veterans have a skill set that makes them especially marketable as they navigate a career change: discipline, determination and organization.

"I think you're doing a disservice to your company if you're not at least talking to these folks and giving them an opportunity, because they're going to excel and they're going to knock your socks off with what they can do," said Navy Vice Admiral Dixon Smith.

Friday's event was also about providing emotional support for veterans, which is why the event sponsor covered the adoption fees to pair vets with loving pets.

There was also an honor wall to celebrate Americans' service, care packages for those serving overseas and workshops to enhance money managing skills.

Thanks to @Lakeshore_PAWS for bringing some puppy love to our Veterans Day of Appreciation Fair! #navypier #upshow pic.twitter.com/fEwAVswHX4

Navy Vice Admiral Smith also spoke on the 2017 Warrior Games, which will be held at Soldier Field.