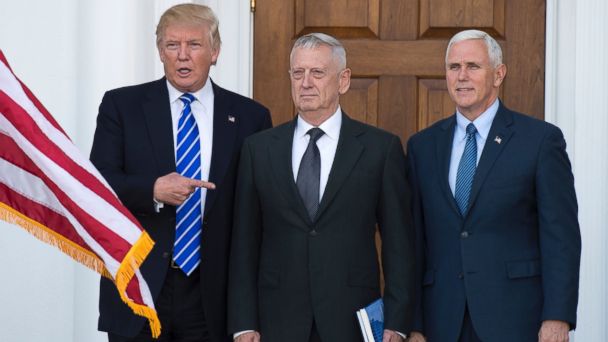 WASHINGTON -- President-elect Donald Trump has chosen retired Marine Gen. James Mattis as his secretary of defense, a source with knowledge of the transition says.