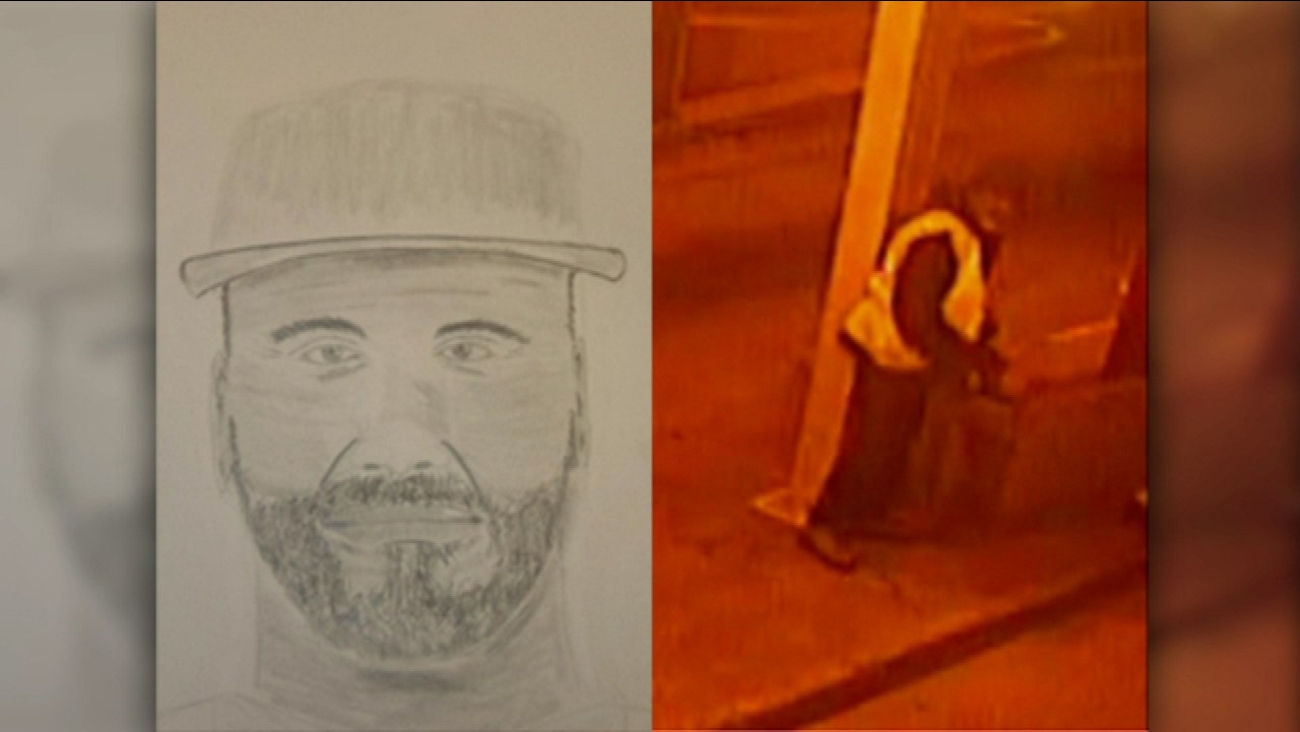 SOUTH HOLLAND, Ill. (WLS) -- Illinois State Police hope a sketch and surveillance photo will help them track down the suspect in an attack on a trooper on the northbound Tri-State Tollway.

State police said just before 6:30 p.m. on Nov. 7, a plain-clothes trooper in an unmarked squad car tried to question a suspicious man at the Halsted Street toll plaza.

ISP said the man drew a gun and reached into the driver-side window. He and the trooper struggled for the gun. State police said the suspect fired at least one bullet inside the squad car.

The trooper was not shot, but he was injured and taken to the hospital for treatment. ISP said as of Dec. 20, he was still recovering.

Surveillance video shows the suspect is an African American man in his late 40s to early 50s. He is about 5 ft. 10 in. tall, weighs about 180 pounds with a slender build. He had a patchy, unkempt black and white beard. He walked with a slight limp.