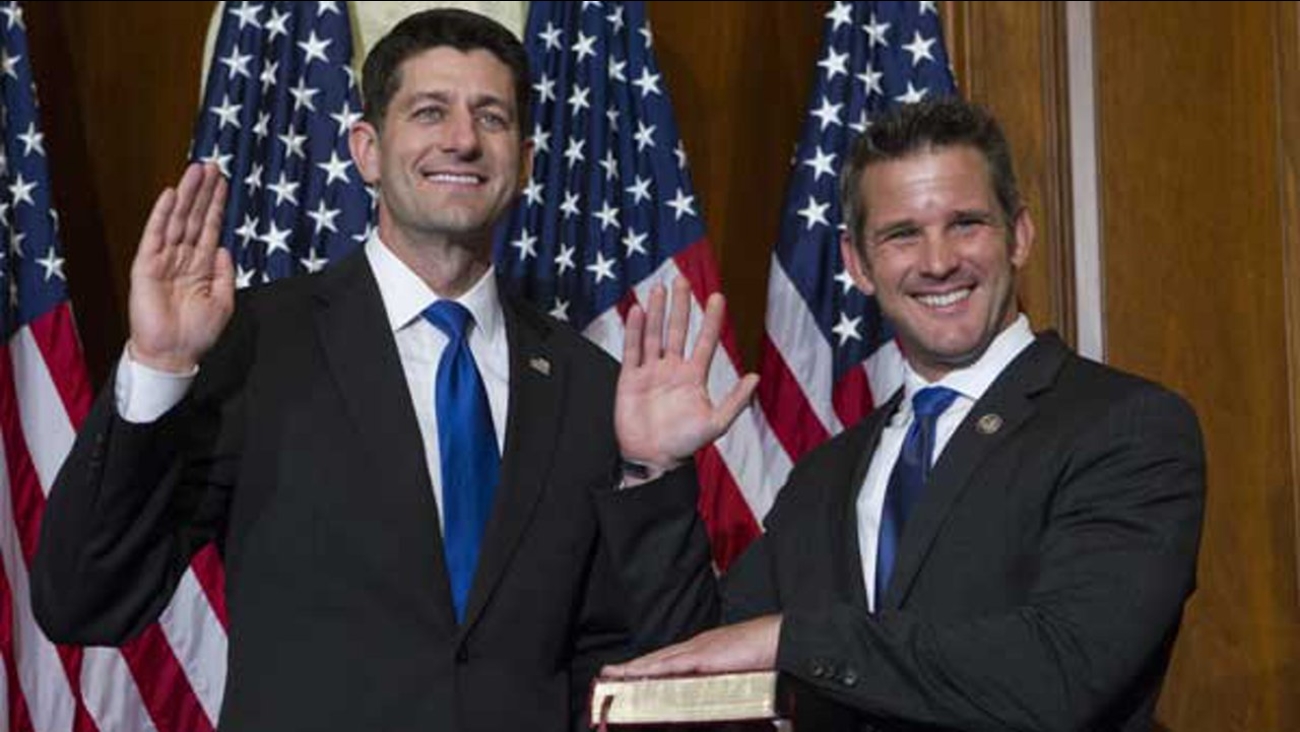 CHICAGO -- Illinois' Republican congressmen are split on President Donald Trump's immigration order blocking the admittance of refugees to the U.S. for 120 days and barring citizens from seven predominantly Muslim countries for 90 days.

Adam Kinzinger of the 16th District notes the order has caused confusion among those asked to enforce it. He is urging the administration to "clarify the specifics."

Fifteenth District Congressman John Shimkus says he supports a vetting process that ensures every refugee, migrant or foreign national is not "a security threat."

Congressman Randy Hultgren of the 14th District is calling the executive order "overly broad" and its interpretation "inconsistent and confused."

Kinzinger and Rep. Duncan Hunter (R-CA), both veterans, also wrote a bi-partisan letter to the president, asking him to exempt Iraqis who served alongside the U.S. military from the ban. The letter also asked for a special review process for those who "directly supported American personnel overseas." Kinzinger and Hunter served in Iraq and Afghanistan. They said in a statement:

"We made a promise to the men and women who served alongside us on the battlefield, and we must uphold that promise to leave no man behind. We urge the President to honor Secretary Mattis' requests, and stand up for those who stood by our military and American personnel. For the safety of these courageous individuals and their families, and in the interest of our national security, it's critical that we make this exception and do so swiftly."

The Pentagon said it is making a list of those Iraqis.

Dear Mr. President:
With regard to your executive order to temporarily halt immigration originating from specified countries, we want to register our strong support for the request of Secretary of Defense James Mattis to exempt military interpreters,aides and other allies who risked their lives alongside U.S.personnel in Iraq. Congress established the Iraqi Special Immigrant Visa (SIV) program in 2008 and we are acutely aware of the significant contribution of these individuals in support of America's global campaign against radical terrorism.
These allies risked their own lives, as well as the well-being of their families, to advance America's security interests in a region where their skillsets and willingness to confront extremism have been invaluable to mission success. We are concerned that, with specific application to individuals who worked with the U.S.Government on the ground, certain immigrants deserving prompt consideration are likely to be overlooked. We encourage you to make special consideration in the review process for these individuals, who are certain to face threats to their own lives as part of the broader pause in refugee and immigrant admissions.
It is important that a special exception is made for the consideration of individuals who directly supported American personnel overseas. We respectfully ask that you take this action to ensure these individuals are not put in any further danger. Doing so would send a strong signal to those who show such immense courage to advance U.S. security interests at a risk to their own safety, as well as the many veterans and warfighters who've relied on the service of these individuals for their own protection and to accomplish their objectives.