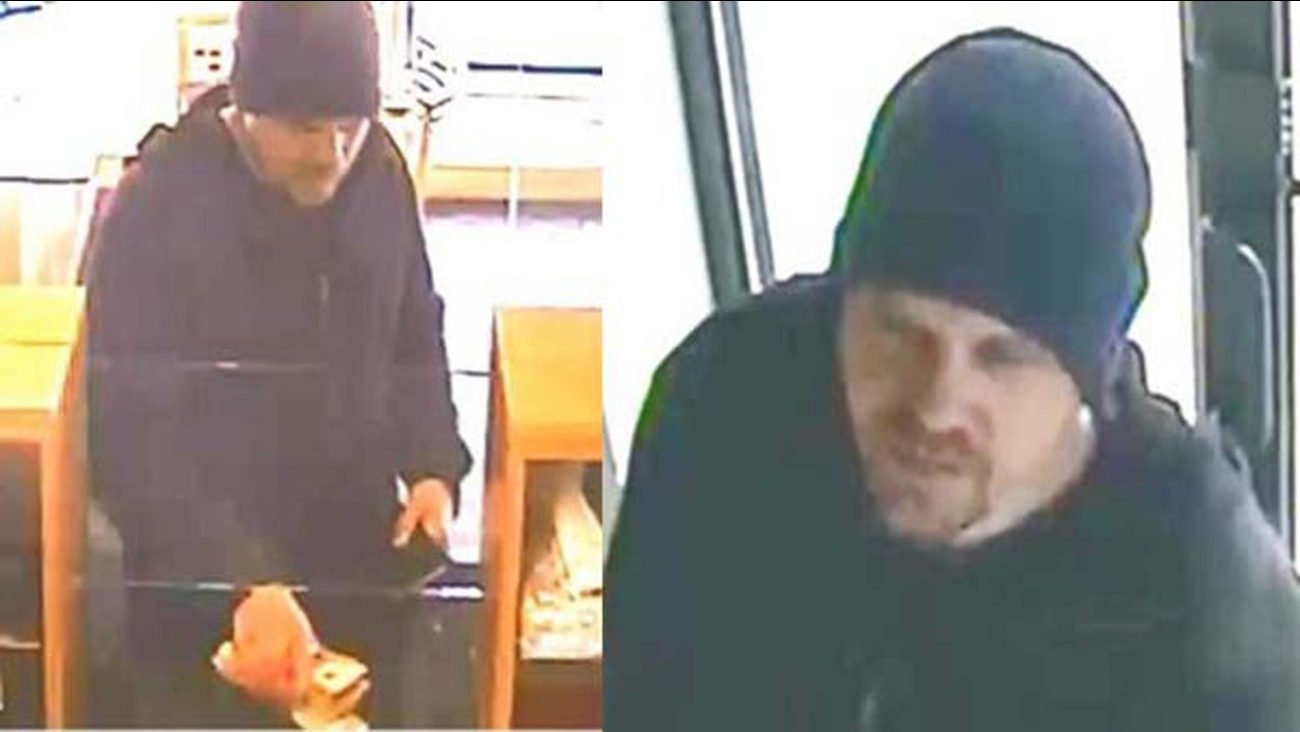 Surveillance photo of the suspect who robbed a Wicker Park bank Wednesday. (FBI)

The non-takeover robbery happened at 11:06 a.m. inside the branch at 2000 W. Division, according to the FBI.

The suspect was described as a white man in his late 30s to early 40s, about 5-foot-9 with a thin build, brown hair and blue eyes, according to the FBI. He was wearing a black knit hat and black coat.

He did not show a weapon.