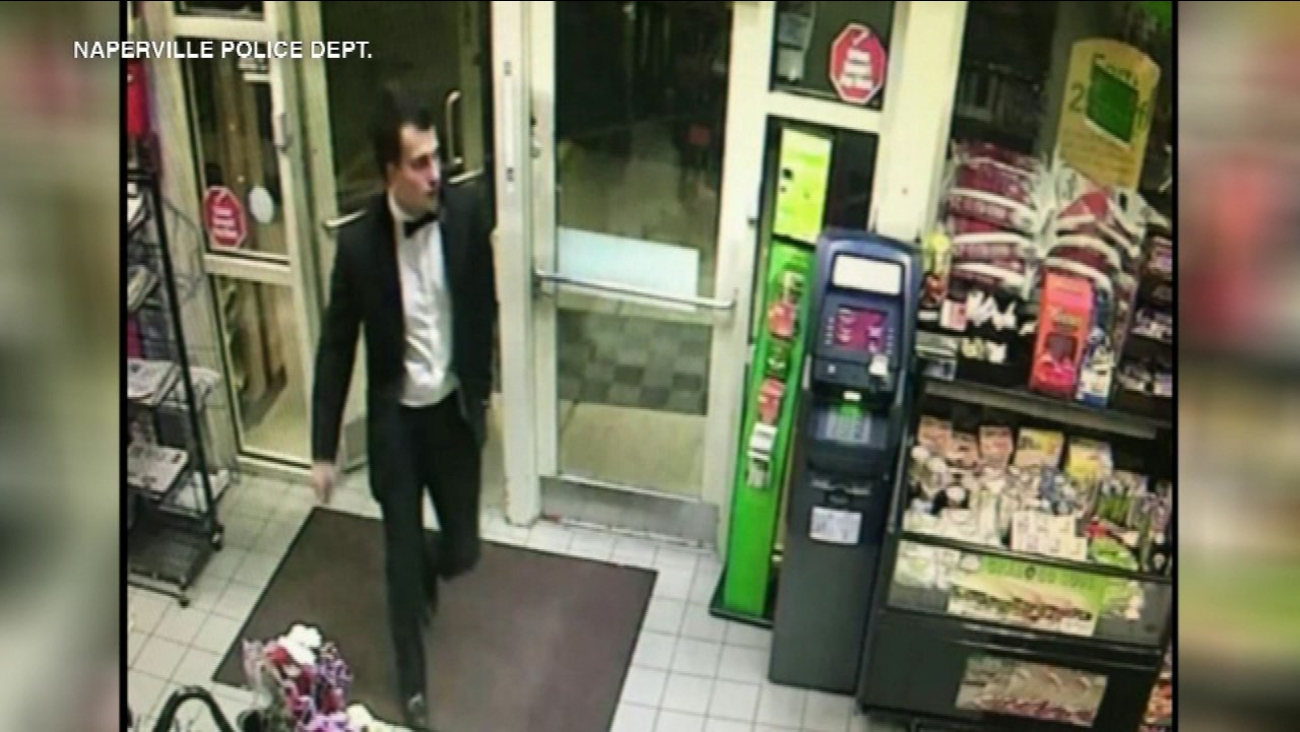 NAPERVILLE, Ill. (WLS) -- Twelve days ago, a man in a tuxedo wrote a note at a Naperville gas station that said his wallet was stolen by someone who had a weapon. He then got into a black SUV.

Wednesday night, Naperville police said that was a hoax.

A police spokesperson said the man in the tuxedo was pulling a prank. Police said they were able to speak to him on Thursday.

He purchased cigarettes and, on the back of the receipt, wrote that someone had taken his wallet and that they had a weapon.