WLS
By Tanja Babich
CHICAGO (WLS) -- A 28-year-old man and a 47-year-old woman were found dead in Chicago's Grand Crossing neighborhood in what appears to be a murder/suicide.

The Cook County Medical Examiner's office identified the woman as Yvonne Augustus, of the 7100-block of South Ingleside Avenue. Augustus died of multiple blunt force injuries. Her death was ruled a homicide.

The death of Ezra Walton, also of the 7100-block of South Ingleside, was ruled suicide, according to the medical examiner.

Officers conducting a well-being check discovered the bodies inside a home in the 7100-block of South Ingleside Avenue around 7:45 p.m. Wednesday. It's not clear who made the call to police. But one neighbor said a relative was looking for her aunt just before officers arrived.

"I told her I seen her two weeks ago. After that - because she says she was knocking on the door and the neighbor's door - she asked where the police station was. I guess she was talking to her mom on the phone too. So her mom sent her to the police station," said Tiffany, a neighbor.

Police have not disclosed nature of the relationship between the two victims, but neighbors said the pair moved in recently.

"Yeah, it bothers me. I been living here two years and we never had no problems," said Janice Davis, another neighbor. 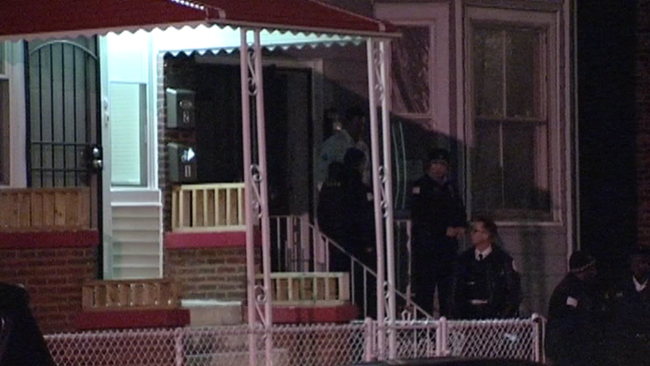