2 North Side businesses broken into within minutes 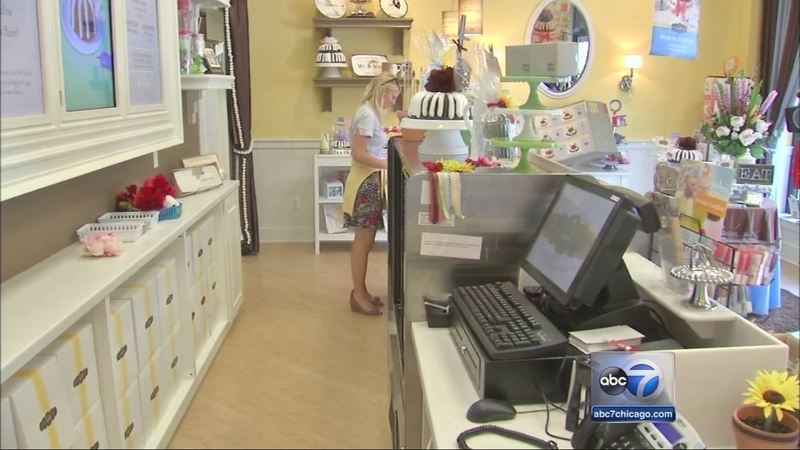 2 businesses broken into within minutes

Officers responded to a burglary alarm at Nothing Bundt Cakes in the 1900-block of North Clybourn Avenue around 1:25 a.m. Friday. About 10 minutes later, a burglary alarm went off at Mo's Asian Bistro in the 1300-block of West Fullerton Avenue. Officers found the rear door was pried open. A source said the cash register was stolen, but that has not been confirmed by police.

Erika Young owns Nothing Bundt Cakes, which opened in the Clybourn corridor in December. She said she feels violated. She was notified of the break-in by a text message from her security system.

Young said she has 14 sensors throughout the bakery and surveillance cameras from front to back. Investigators are reviewing the footage. The recording shows a man wearing a hooded, camouflage jacket, a hat and orange gloves forced his way into the cake shop through the back door and rummaged around for money. But he didn't get away with anything.

"The alarm is ripped off the wall. A chair is moved. There's quick rummaging through drawers and then there's like a frantic exit because nothing was found," Young said.

Employees at the Protein Bar next door said their sense of security is shaken.

"It's kind of scary because we work two doors down. So we were thinking, 'What if somebody tried to come in here and break in here?'" one employee said.

Young's cake shop was open for business Friday, despite the break-in.

Police said it's too early to link these break-ins to a rash of recent burglaries in Chicago's Lincoln Park neighborhood.

Last month, four restaurants were burglarized in the 2400- and 2500-blocks of North Clark Street and near Halsted Street and Wrightwood Avenue. Burglars smashed glass doors and took cash registers, but no one has been arrested.