4 in custody after SWAT team response at Aurora home 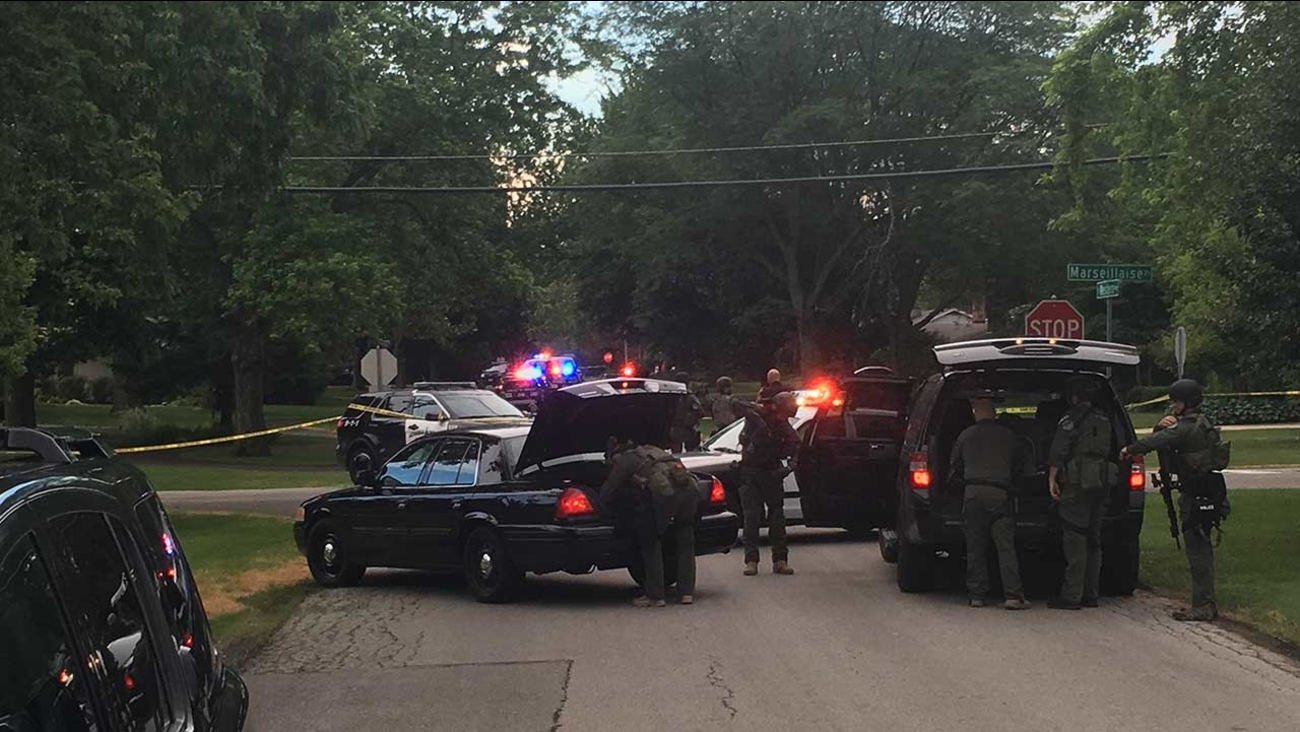 AURORA, Ill. (WLS) -- A SWAT team standoff in Aurora has ended with the surrender of two men and two women.

The four were taken into custody a little before midnight Saturday from a home near Western Avenue and Marseillaise Place near Aurora University.

Police originally responded to a burglary call around 6 p.m. Police said that neighbors called 911 after seeing two men exit a gray Honda Accord and act suspiciously, attempting to kick-in the back of the door of the house where the standoff took place.

Police spotted the Honda and questioned two women while other officers entered the home and heard the two men inside the home.

Police contacted the homeowner, who told police he had a large cache of weapons inside the home. After the two men refused to leave the home, a SWAT team was called in and closed area streets.

The suspects broke windows and pointed guns at police during the five-hour standoff. At one point, a suspect pointed a shotgun at a group of officers, who fired at the suspect but did not hit the suspect.