CHICAGO (WLS) -- Chicago police released a surveillance image of a man suspected in the sexual assault of a woman waiting for a bus in Ukrainian Village last week.

The 31-year-old victim was standing in the 2200-block of West Chicago Avenue around 6:20 a.m. on Friday, Dec. 2, waiting for a bus, when police said a man she did not know walked up to her, punched her in the face, took her cell phone, then pulled her into a gangway and sexually assaulted her.

Police gathered surveillance video from neighborhood businesses as part of their investigation. They released the surveillance image Wednesday evening.

If you have any information about the suspect contact Area Central Detectives at 312-747-8380.
Report a correction or typo
Related topics:
chicagoukrainian villagesex assaultsurveillance video
Copyright © 2021 WLS-TV. All Rights Reserved.
RELATED 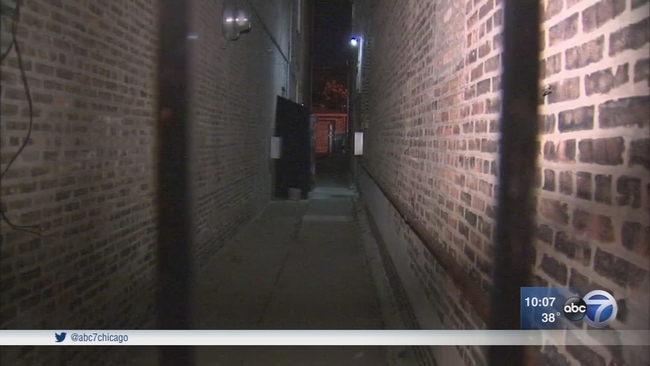