Police warn of convenience store robberies on NW Side 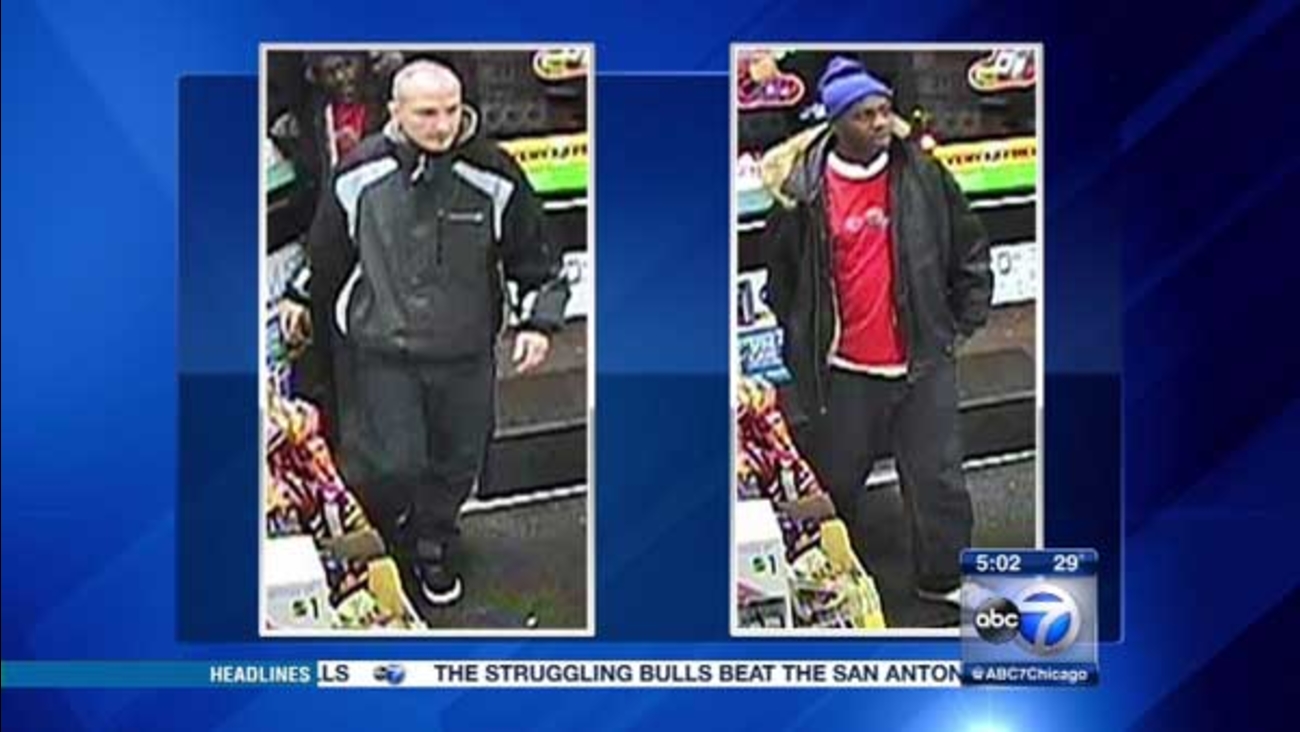 Two men were caught on camera when the 7-Eleven near Harlem and Diversey avenues was robbed. They are also suspected in the robbery on North Avenue.

The other suspect is described as an African American man with a dark complexion in his early to mid 30s, between 5 ft. 10 in. and 6 ft. 2 in. tall and around 220-250 lbs. He was wearing a black jacket with a fur-lined collar and black jeans.

The suspect in the incidents on Pulaski Road is described as a Caucasian man in his 20s with blonde hair, about 5 ft. 8 or 5 ft. 9 in. tall and 175 lbs. He was wearing a partial face mask, a green hooded jacket and blue jeans. Police said the suspect was armed with a dark-colored handgun.

Anyone with information regarding these robberies should contact Area North detectives at (312)744-8263.