5 teens who recorded, mocked drowning man could be charged in his death 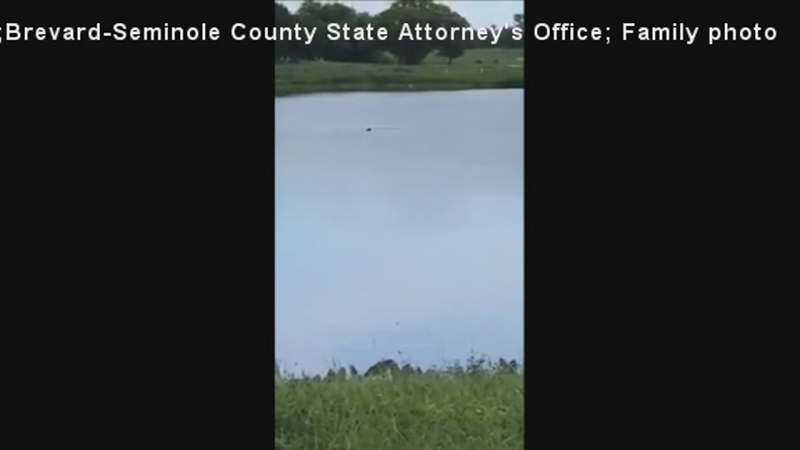 5 teens who recorded, mocked drowning man will not be charged in his death

COCOA, Fla. -- Police in Florida are recommending the Brevard County State's Attorney file charges against a group of teens who taunted a drowning man while filming his death from afar, using an obscure statute.

While the police chief doesn't think the statute has ever been used before, he also believes it may apply to this case. The core of the statute says that anyone who fails to report a death is guilty of a misdemeanor.

The final decision regarding charges lies with the State's Attorney's Office, police said. Police said there are no imminent plans to arrest the teenagers Friday afternoon.

In the more than two-minute long video, the five teen boys -- who are between the ages of 14 and 16 -- can be heard laughing as the man struggles to stay afloat, police say, in a pond near his family's Cocoa, Florida, home.

Instead of calling for help, the teens recorded the incident on a cell phone, chuckling during the victim's final moments.

The teens can be heard warning the man that he was "going to die" and they were not going to help him. At one point, one of the teen boys can be heard laughing, saying "he dead."

The state of Florida currently does not have a law where a citizen is obligated to render aid or call for help for anyone in distress.

"If there was (a law like that) we would charge them," Cocoa Police Department spokeswoman Yvonne Martinez told CNN by phone.

"The family is frustrated ... the detectives are frustrated, that we cannot hold anyone accountable for this," Martinez added. "No one deserves to go like that."

Police say the incident happened on July 9, but even after the teens recorded the video and witnessed the man drown, they did nothing to alert authorities.

"At least one of the teens expressed no remorse while being interviewed by detectives," Martinez said, claiming the fact that they did not report the incident to authorities further speaks to their lack of remorse.

The family of the victim, identified as 31-year-old Jamel Dunn, initially filed a missing person's report on July 12, three days after he had already drowned.

His body was recovered from the water on July 14.

A woman who identified herself as Dunn's sister, Simone Scott, said she received the video of her brother's drowning on Saturday. She subsequently posted the video publicly on Facebook.

The state attorney's office urged the media "out of concern for the affected family and friends of Mr. Dunn that it not be published in whole or in part."

Given that Mr. Dunn's sister has encouraged the public to share the video, CNN has chosen to publish a small portion of the incident, as well as the audio of the teens' comments in full.

Police say that on the morning he drowned, Dunn had gotten into a "verbal altercation" with his mother and "possibly his fiancee," during which he told his fiancee to "leave the house," Martinez said.

"(His fiancee) left the home at about 12:40 p.m. Based on the video, he went into the water at about 12:50 p.m. and then drowned. He was in the water struggling for one or two minutes for the video portion," Martinez told CNN.

"We don't have anything criminal resulting from that incident," Martinez said. "Our detectives were trying to (determine) potentially if a negligence law could apply. The state attorney advises it doesn't meet standard(s) for a criminal charge."

"We are deeply saddened and shocked at both the manner in which Mr. Dunn lost his life and the actions of the witnesses to this tragedy," the state attorney's office said in a statement. "While the incident depicted on the recording does not give rise to sufficient evidence to support a criminal prosecution under Florida statutes, we can find no moral justification for either the behavior of persons heard on the recording or the deliberate decision not to render aid to Mr. Dunn."

In a statement, Cocoa police chief Mike Cantaloupe said he hopes Dunn's death will lead to new laws that would "apply to this scenario."

"As law enforcement officers, we are sworn to uphold and enforce the laws," he said. "Unfortunately, there are no laws in Florida that apply to this scenario. Perhaps this case may be what's needed to pass new laws."

"As chief of police, there are times when I wish I could do more. But I'm a firm believer in that good will always win over evil," he added. "It may not come in our lifetime, but there will be justice."

The teens were interviewed by police, during which they admitted to being in the area "smoking weed," police said.

Their identities have not been released because they are juveniles who committed no crime, police say. But the nature of the incident has troubled even the most seasoned law enforcement officials.

"I've been doing this a long time, probably 20 years or more ... I was horrified. My jaw dropped," Martinez said.

"To think that anyone would just lack any kind of moral conscience to call for help," Martinez said. "It's one thing to see something and not want to put yourself at risk, but to not call anybody, to sit there and to laugh and humiliate this person is beyond my comprehension."

"I feel like something should be done to (the teens)," Dunn's sister said in a Facebook Live video she posted on Thursday. "I don't care if it's probation or something, it just needs to be an eye-opener. A lesson learned."

"If they can sit there and watch somebody die in front of their eyes, imagine what they're going to do when they get older. Where's the morals?" she asked.