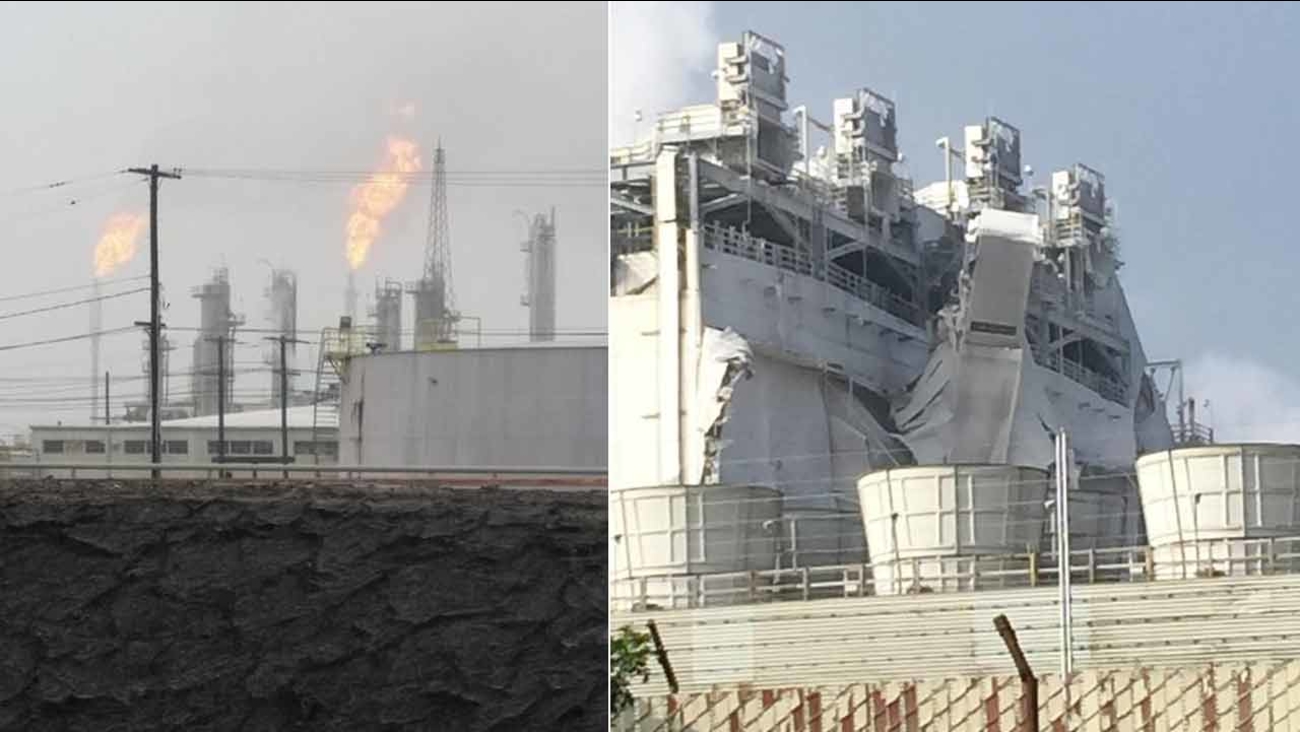 A blast was reported at the Exxon Mobil Refinery in Torrance on Wednesday, Feb. 18, 2015. (ABC7 viewer | Jeffery Smith)

The exact nature of the blast was not immediately known.

Some area residents reported feeling an earthquake-like jolt shortly before 9 a.m. Flames were seen shooting from the refinery, located in the 3700 block of 190th Street.

Weird ash like substance falling in Torrance! What's up?? pic.twitter.com/UjVcvDnhEA

Also, the Torrance Unified School District advised schools to shelter in their students. A total of 13 schools were affected and parents were notified.

Del Amo Boulevard was shut down between Maple Avenue and Crenshaw Boulevard.

The cause of the blast was not known.

DEVELOPING...We will add more details to this report as they become available.