Obama reportedly said he wants his library in Chicago 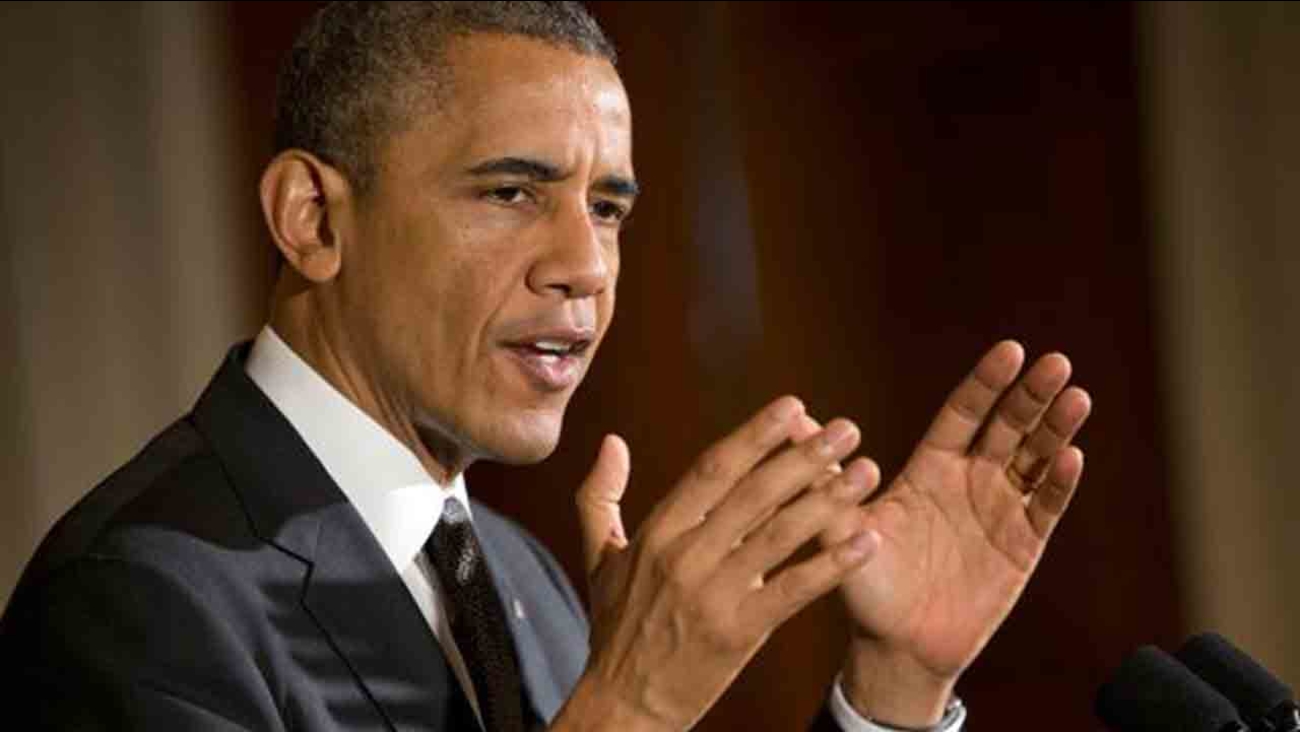 President Barack Obama is seen in this undated file photo.

WASHINGTON (WLS) -- President Obama reportedly said he wants his library in Chicago during a dinner at the Gridiron Club in Washington.

The Chicago Tribune reports the president said "I hope it goes to Chicago" and then went on to mention "some entanglements" that could present problems. One of those entanglements could be the use of park land in the University of Chicago's proposal.

On Wednesday, the Chicago City Council is expected to vote on the transfer of that land to U of C if their proposal is picked. A UIC bid is also in the running.

A decision by the president isn't expected until after the runoff election on April 7.