Chicago Weather: Winter not over yet as area braces for more snow CHICAGO (WLS) -- The calendar may say that spring has officially arrived, but winter in Chicago is not over yet.

The snow started a little earlier than anticipated Sunday evening, as flakes fell ahead of what could be a messy Monday morning for commuters. The flurries were merely an early taste of a late season storm.

It could be slow going on Lake Shore drive and other major highways in the area as snow will fall at exactly the wrong time for drivers.

There are no winter advisories in the immediate area, but ABC7 Eyewitness New meteorologist Phil Schwarz said that could change, especially for the morning commute.

There is spotty, light snow possible in the far northern suburbs early Sunday night, but the bulk of the snow will move in between 4 a.m. and 7 a.m. and continue through the morning hours before diminishing around lunch time before pushing off to the southeast.

Most areas will get between 1-4 inches, some places a bit more than that.

ABC7 Eyewitness News will be tracking the snow and will bring the latest on the conditions with live news, weather and traffic reports on the morning news beginning at 4:30 a.m.

The snow can be tracked 24/7 on the ABC7 Chicago Weather app that can be downloaded for free at the app store or Google Play. 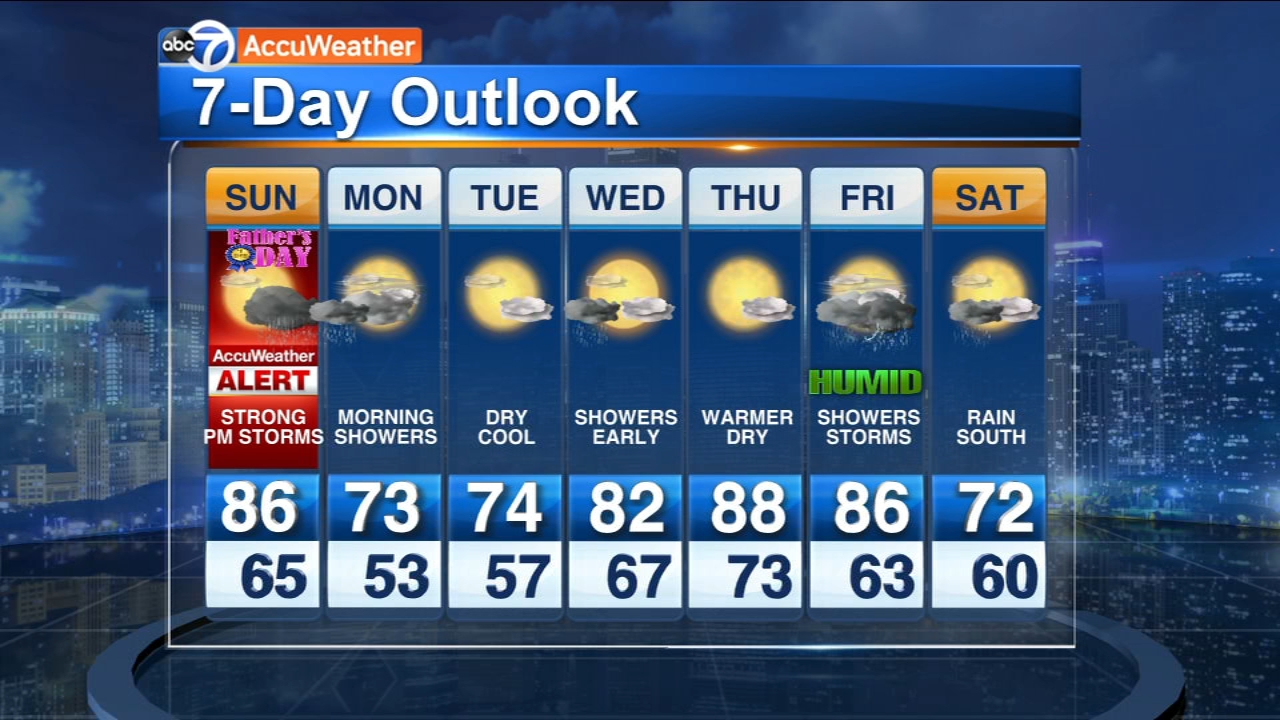 ABC7 AccuWeather Forecast
Sunday is expected to be an AccuWeather Alert Day with strong storms developing mainly after 3 p.m. on Father's Day. Highs in the 80s.