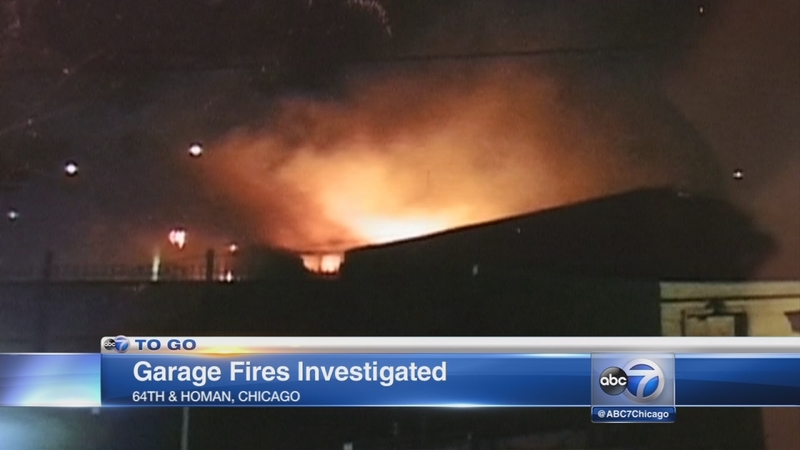 Several residents were startled from their beds when a bright orange glow from the heavy flames lit up the night sky.

"We have a light out in the garage facing this way. I thought somebody left it on, so I got up. But then I was like, 'It's too bright. That's when I looked outside the window and I saw the garage on fire," said Antonio Barrios, whose garage burned in the fire.

Barrios rushed to get his parents, sister and her family out of the house. Once they were safe, he capture cell phone video of the flames and smoke. 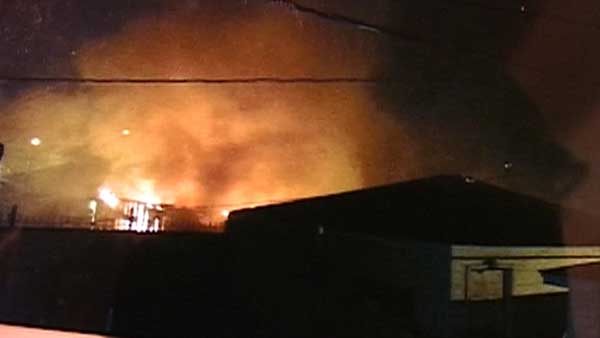 A neighbor, Gelasio Lechuga, said it was the sound of the fire that woke him up.

"I heard a popping, exploding sound. Next thing I know I'm looking out the window and see the neighbor's garage on fire. I looked at my garage. That's on fire. Breaking windows. People banging on doors," Lechuga said.

Lechuga ushered his children out of the house and into a neighboring home. Once the flames were out, he took inventory of the damage.

"The whole garage is totaled. The back of the garage, the back of the house. The whole siding is new. Just put it up. That's all gone. The roof is all gone too," he said.

Lechuga said none of that matters because no one was hurt.

Firefighters said the flames did not spread to nearby homes, but some were damaged by the intense heat.

Investigators are looking into whether the fires were accidental or a case of arson. The Chicago Police Bomb and Arson Squad was notified.