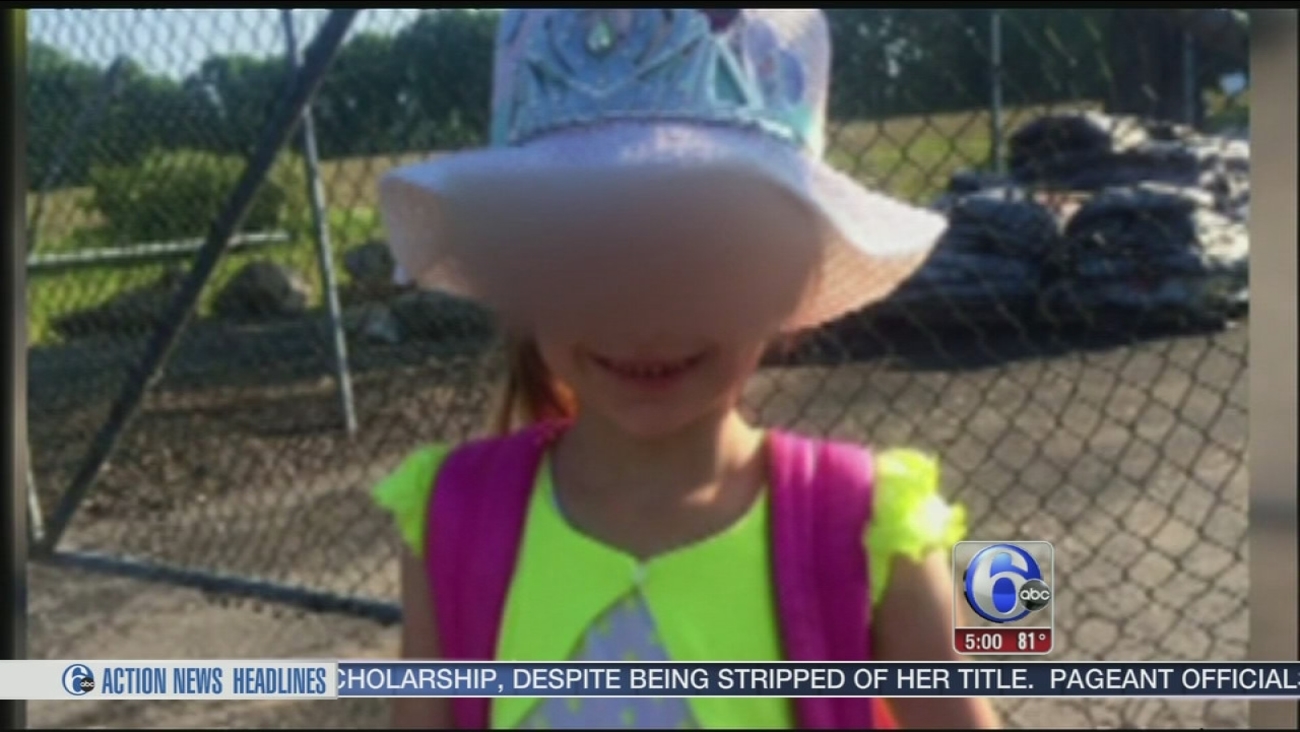 The parents of the 6-year-old girl are facing charges. (WPVI)

EASTON, PA -- The father of a 6-year-old girl whose teeth were so rotten her life was endangered pleaded guilty to reckless endangerment on Friday.

Kenneth Wanamaker Jr. pleaded guilty weeks before a scheduled trial in the case, The Morning Call newspaper in Allentown reported. A dentist had testified the girl's teeth were in such bad shape they posed a potentially fatal threat to her health, the newspaper said.

Wanamaker also pleaded guilty to false swearing and is eligible for parole. His sentence is two months to a year, but he's been in jail since having his bail revoked in December for failing to enroll in drug treatment.

Defense attorney Mark Freeman said the girl's treatment was put off while the family looked for an affordable way to pay for it.

Authorities still are investigating the deaths of Wanamaker's other children. A baby boy died of pneumonia in 2011, and there were two stillborn deliveries since 2007, one of which was linked to his domestic partner's drug abuse, prosecutors said would potentially be at risk without the proper treatment, describing her condition to authorities as, "The worst case of dental disease he has ever seen."

The dentist findings are laid out in an affidavit that describes a case of neglect so severe, the youngster is suffering from 14 abscessed teeth.

The report goes on to say that if her condition is ignored any further the result could be a potentially fatal infection.

Authorities say the most disturbing part is that the girl was scheduled to undergo surgery back in March. But her parents, Kevin Wanamaker and Jessica Hoffman, never scheduled a pre-operation exam and so the procedure has yet to be performed.

We spoke with an investigative team from the Northampton County Children, Youth, and Services Division. While they are not permitted to discuss the details of a pending case, department administrator Kevin Dolan says the situation was handled by the book from the moment they receive the first complaint.

Dolan explains, "We have to begin the investigation within 24 hours and then take action based on what we're discovering, either through our safety assessment or the immediate investigation."

Action News also spoke by phone with the girl's father.

Kenneth Wanamaker says that while his daughter's teeth need some help, he and the youngster's mother are raising a happy, well-adjusted child who is vibrant and involved in a number of activities, including youth car racing.

Wanamaker goes on to say that he doesn't even think that the authorities really believe his daughter's life is in any kind of danger.

He tells us, "What law enforcement agency would wait six months and file these charges? It's all an act for me to comply, and do these requirements, and jump through hoops of the system."