Evacuations lifted for homes near 300-acre fire in southern California 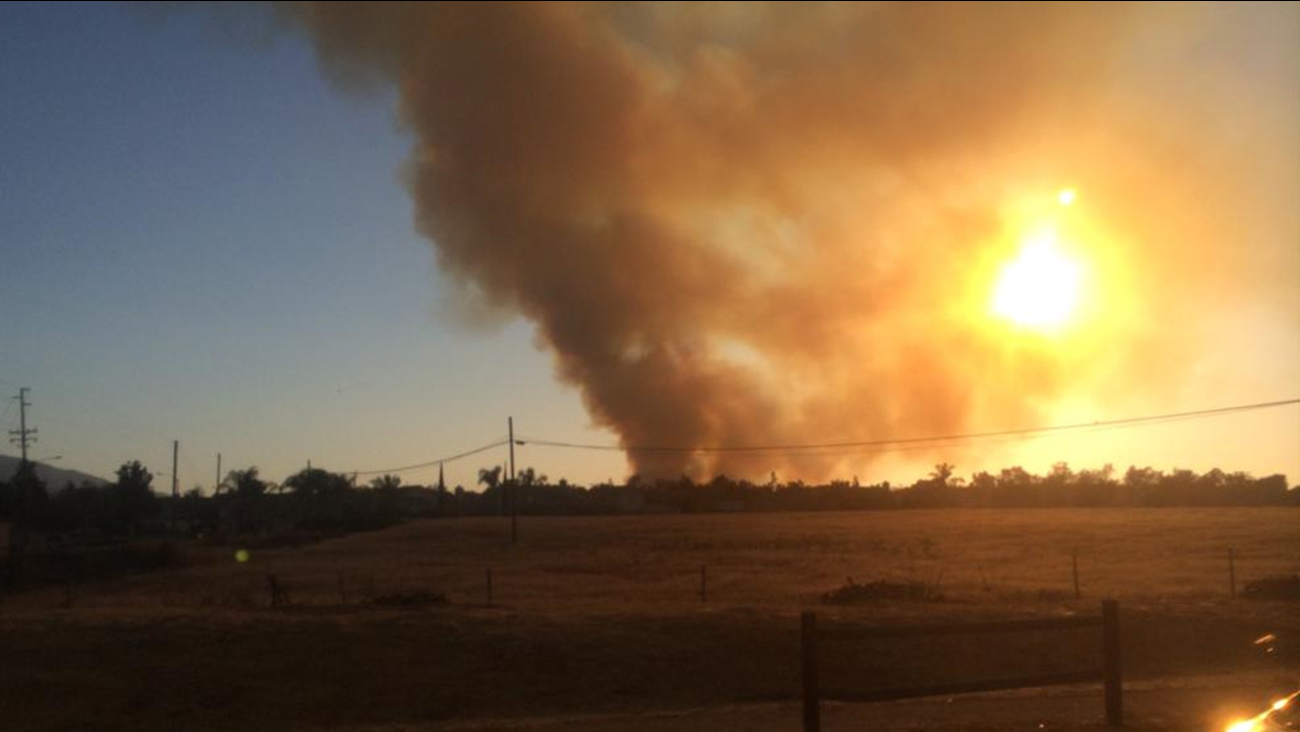 A fire erupted near the Prado Dam Saturday, April 18, 2015. (Photo courtesy of twitter.com/trixie_sky)

NORCO, Calif. -- Evacuation orders for homes that were in the path of a 300-acre vegetation fire that broke out near the Prado Dam Flood Control Basin were lifted Sunday morning, Cal Fire officials said.

The fire, which broke out around 6:12 p.m. Saturday, remains at 15 percent containment.

Firefighters received reports of trees on fire in the area. Nearly 335 firefighters were called to the scene and two water-dropped helicopters and air tankers were deployed.

The fire quickly grew, and mandatory evacuations were in place for residents living on Bluff, Homestead and Stagecoach roads. There were no reports of damaged structures.

Cal Fire, the Riverside County Fire Department and the Corona Fire Department, among other agencies, battled the blaze, which has been dubbed the "Highway Fire."

The American Red Cross opened an evacuation center at Rile Gym at 3900 Acacia Avenue in Norco. Many of the residents who were rushing to evacuate families also had horses and other animals. A horse evacuation center was opened at Ingalls Park at 100 6th Street in Norco.

The flames were visible from State Routes 71 and 91. Overnight, nearly 800 firefighters battled the flames.

The cause of the fire is still under investigation, but fire officials say they are looking into whether a truck was too close to dry brush near the highway, which may have triggered a spark.