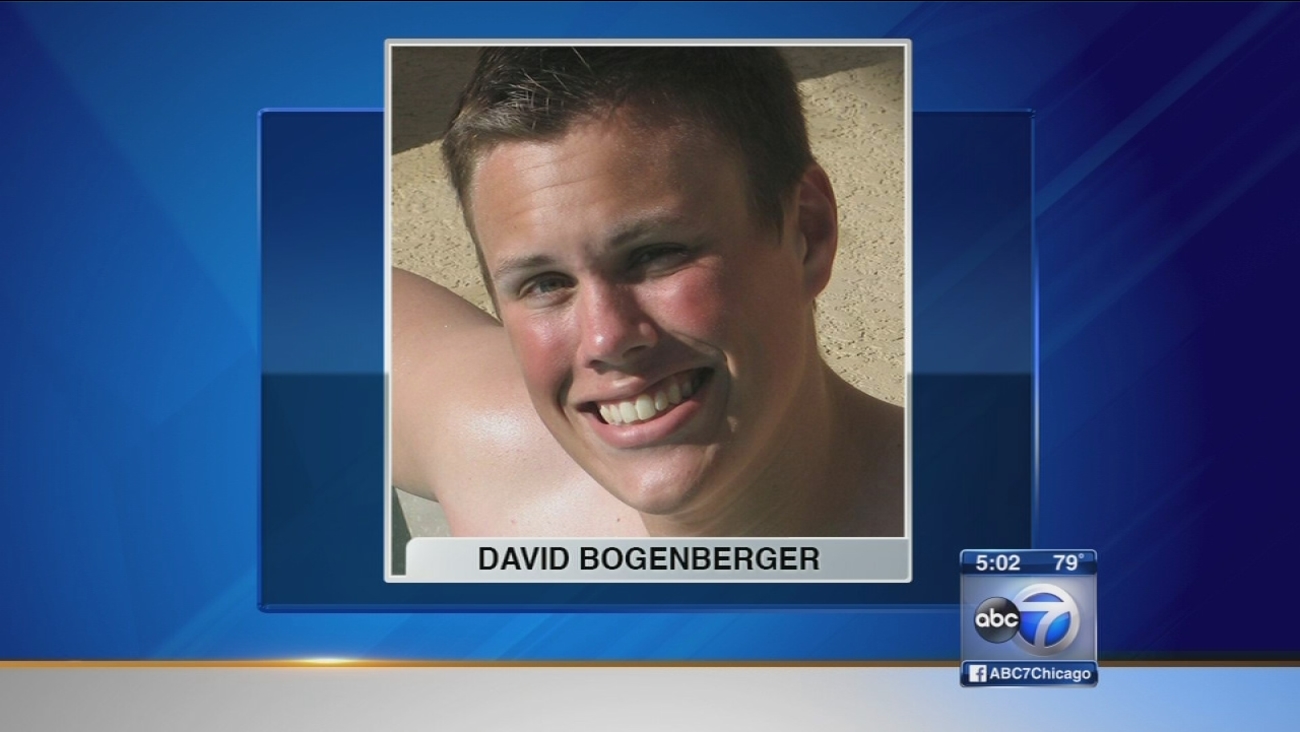 SYCAMORE, Ill. (WLS) -- Twenty-two members of a now-disbanded fraternity at Northern Illinois University learned their punishment Friday in the 2012 hazing death of a freshman pledge.

Five of the men, who were officers in the now-defunct fraternity at NIU, will not serve jail time following the death of pledge David Bogenberger. All five had been charged with felony hazing.

As part of their plea deals, their charges were reduced to misdemeanor reckless conduct. They are each sentenced to two years court supervision, 100 hours community service and a $1,000 fine.

In court, the parents of 19-year-old David Bogenberger spoke directly to the young men sentenced for their son's death.

Many of the young men now convicted did not comment leaving the DeKalb County courthouse. But one did.

"It's an unfortunate day, we all miss Dave," said Steven Libert, co-defendant.

Alexander Jandick was the president of the now-defunct NIU fraternity. His attorney spoke on his behalf.

"He said he thinks about this kid everyday," said Jack Donahue, attorney for Alexander Jandick.

Seventeen young men also present at the pledge event in 2012 were charged with misdemeanor hazing. They are each sentenced to two years court supervision, 100 hours community service and a $500 fine.

Pi Kappa Alpha pledges like Bogenberger were forced to drink alcohol to be initiated into the fraternity in November 2012 at NIU. Bogenberger was unresponsive the next morning. He died with blood alcohol four times the legal driving limit.

Bogenberger's father addressed the men, calling their actions callous and abusive while telling the court about his loss.

"No parent ever thinks they will outlast a child, many say it's the worst kind of agony, which I can attest to be true," said Gary Bogenberger.

"The tender-hearted boy that I raised to love and trust others was manipulated by the defendants for their own self-serving, evil plan," said Ruther Bogenberger, David's mother.

She harshly reprimanded the men and shared her hope to prevent other tragedies.

"I hope that the justice made out in this courtroom is enough of a deterrant to save other young, promising lives," she said.