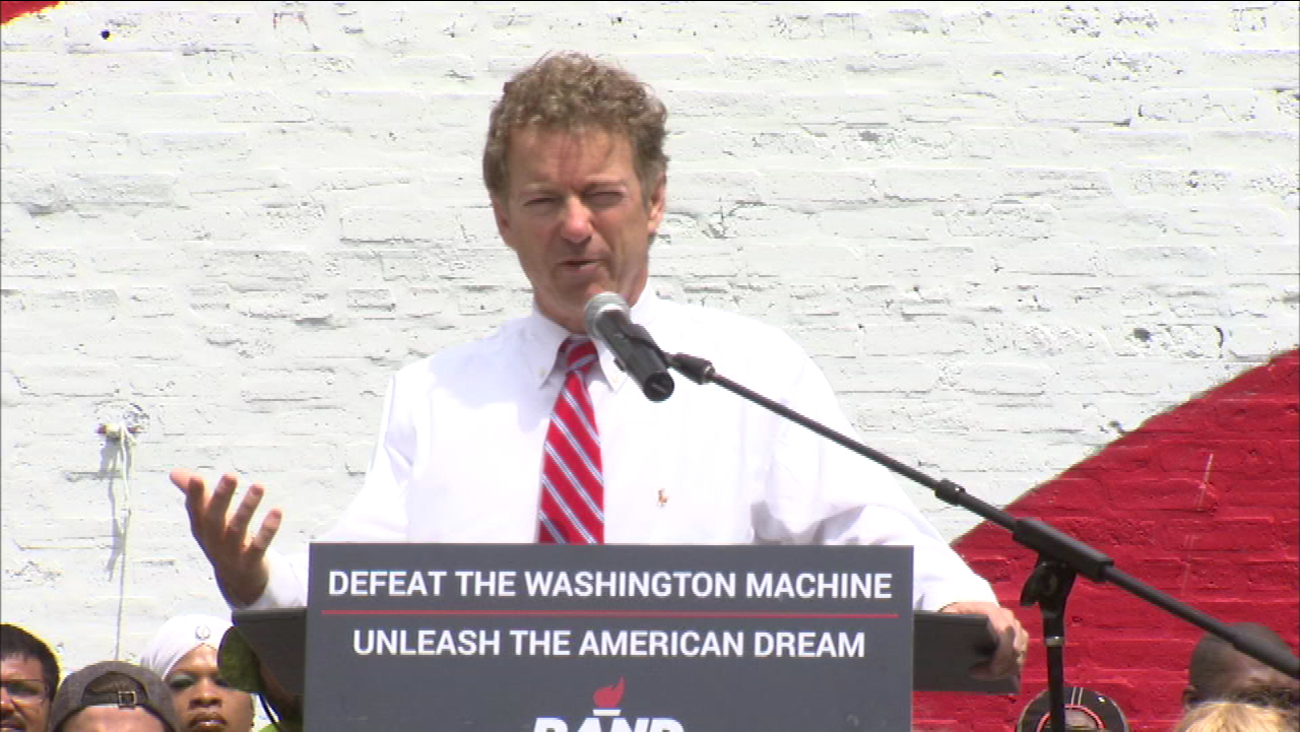 Republican presidential candidate Rand Paul campaigned in the Chicago area Wednesday, including a stop at New Beginnings Church on Chicago's South Side.

The Senator from Kentucky is looking to gain support in Illinois, which has an early Republican primary.

In the morning, he stopped at New Beginnings Church on Chicago's South Side to talk about urban issues, including justice reform. Paul is sponsoring legislation to keep non-violent drug offenders out of jail.

"Absolutely, let's put the violent people away, let's keep them longer," Paul said. "But the non-violent people, the people who are 16 years old, 17 years old and they make a mistake and they run afoul of the law, punish them. But get them out of jail and get them back to work."

Paul is scheduled to end his trip with a dinner in suburban Lisle at an event with the DuPage County Republican Party.