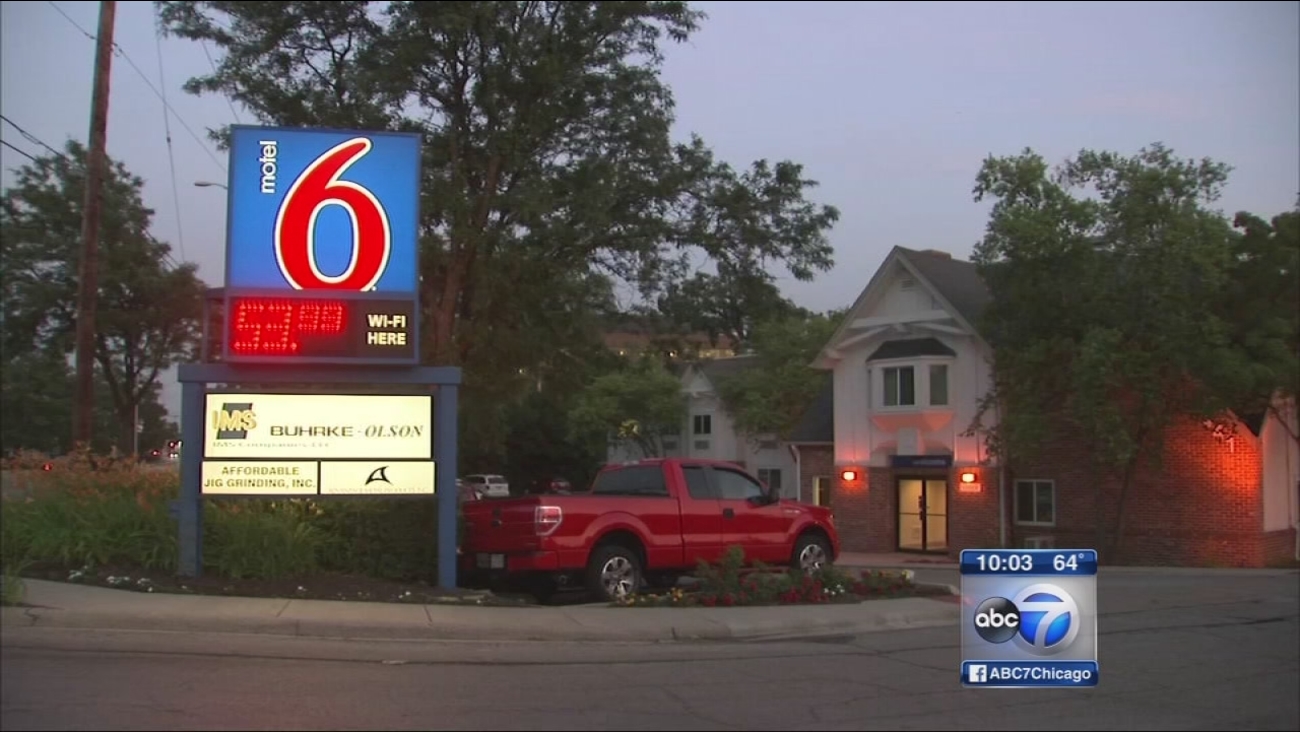 Police are investigating after two people were found dead inside an Arlington Heights motel. (WLS)

ARLINGTON HEIGHTS, Ill. (WLS) -- A man and woman found dead in an Arlington Heights motel died as the result of a murder suicide, police said.

The bodies were found Thursday afternoon at the Motel 6 on Algonquin Road. Police say the man and woman, who had been dating, died from stab wounds.

The woman is identified as 41-year-old Cecilia Perez of Aurora. The man's name has not been released.