4 charged, including Chicago teen, after West Side chase ends in crash 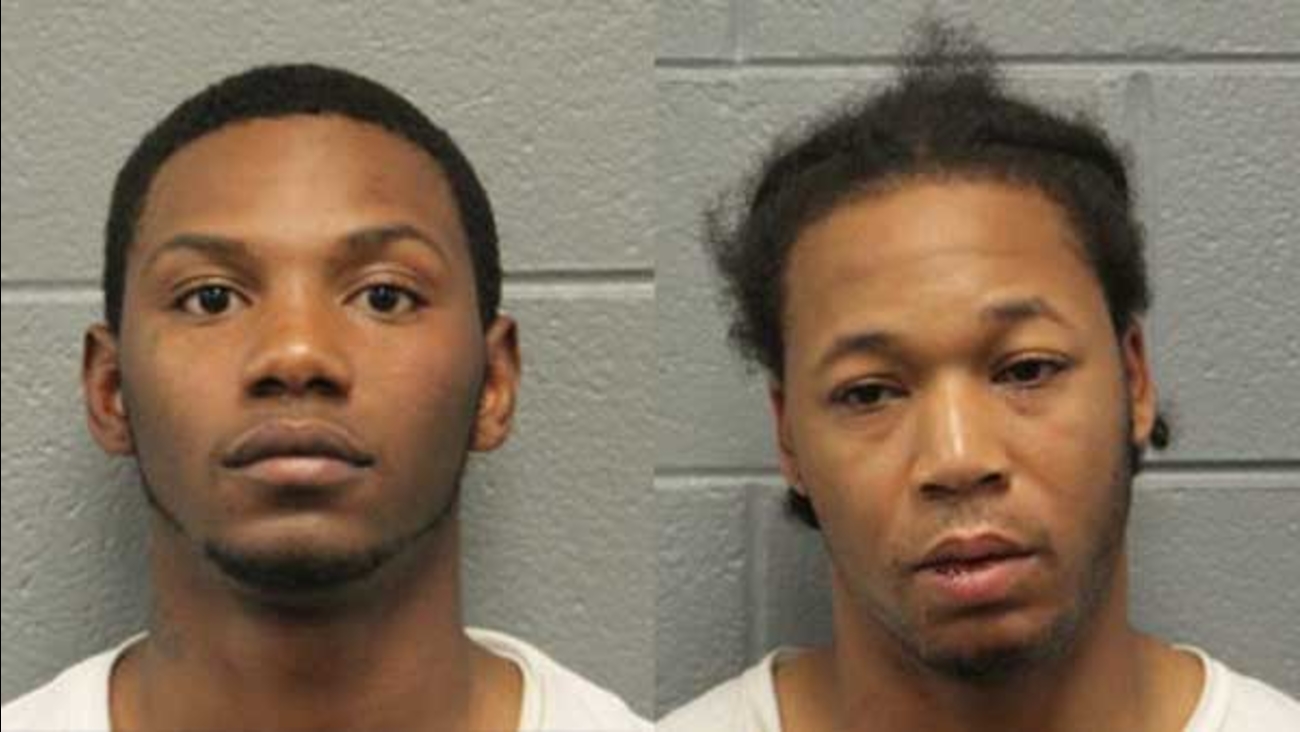 Jodie Christian, 22, and Carl Jenkins, 26, were charged after a police chase ended in a crash on Chicago's West Side. (Chicago Police Department)

CHICAGO (WLS) -- Three men and a 17-year-old boy involved in a lengthy police chase that ended in a crash on Chicago's West Side are facing several charges, including attempted robbery with a firearm and carjacking.

Officials said someone inside the minivan fired shots at another vehicle. The officers pursued the van. A source said the chase lasted more than seven miles.

Police said the van failed to stop at a red light at West 59th Street and South Western Avenue in Chicago's West Englewood neighborhood and crashed into two cars. A family of four was inside one of those cars. Two children and two adults were taken to Holy Cross Hospital in good condition.

Jodie Christian, 22; Carl Jenkins, 26; Traveon Elbert, 26; and the Chicago teen were taken into custody. Elbert, who was driving the minivan, was taken to Stroger Hospital in good condition.

Police identified them as the suspects who tried to rob a 28-year-old man at gunpoint near North Kedzie and West Carroll avenues earlier Monday night.

Christian, of the 2000-block of West 70th Street in Chicago; Jenkins, of the 1000-block of Lowe Avenue in Chicago Heights; and Elbert, of the 15200-block of Chicago Road in Dolton, Ill., were also charged with aggravated attempted vehicular hijacking with a firearm.

Elbert was also charged with possession of a controlled substance, aggravated fleeing and aggravated DUI with a suspended or revoked license. He was also cited for various traffic violations.

They are all due in bond court on Thursday.

Five people, including two children, were injured after police said a van officers were chasing ran a red light and crashed into two cars on Chicago's West Side.